THIS is going to be a busy month!

And you know why, right? Because LUCAS comes out this month! Squeeeeee! Ahem. Pretend you didn’t hear that part. But LUCAS is very close now. His official debut will be October 30, but I’m hoping the e-version will pop a little early. It’s hard to predict—Amazon seems to have neither rhyme nor reason these days—but I’ve told my publisher it’s better to be early than late, right?
.
Anyway, I’m pretty excited. I’ll be working on the final edits this week, and I’ve posted the back cover copy below, so you’ll know what’s in store.
.
THE BADLANDS of SOUTH DAKOTA … haunting landscapes, legendary outlaws, and … vampires?

LUCAS DONLON is a Vampire Lord, one of the most powerful vampires in North America and beyond. Charming and irreverent to his friends and lovers, he enjoys everything about his life as a vampire. But when a neighboring vampire lord declares war, he soon discovers that Lucas is as every bit as lethal as he is charming.

KATHRYN HUNTER doesn’t care about powerful vampires or their wars. Her baby brother is missing and she will do anything to find him, even if it means going against both her FBI bosses and the local vampire lord. But Lucas Donlon has other plans for the lovely FBI agent who’s landed on his doorstep.

Waging war against their enemies and each other, Lucas and Kathryn will risk everything to keep the most deadly vampire war in hundreds of years from engulfing every vampire, and human, in North America.
.
I’ve also updated LUCAS’s page HERE in case you want to gaze at his golden eyes while you read the blurb. Although I’m not sure that’s actually possible. Hmmmm.
.
Back to my busy month … once I’ve finished the edits, I’ll be getting ready for a very busy round of promos and guest blogs. That all starts with Paranormal Haven’s annual HALLOWEEN AT THE HAVEN. It’s a tradition, and I’m so happy to be part of it again this year. Lucas and I will be there on October 30 (release day!) and we’ll see just what Lucas does for Halloween … at least this year. 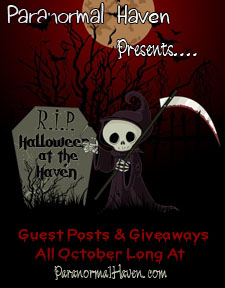 My review backlog is building up. I’ve read some good books over the last couple of weeks, so I have to get busy … um, right. ‘cuz I’m not busy at all. 😀 I’ll try to get those posted on GoodReads this week, though. Small screen report … GRIMM was excellent, although it looks (from the preview) as if Juliet is going to be around more. Too bad. But the show seems to have found its rhythm this season. Didn’t watch ONCE UPON A TIME yet. I’m not sure I want to, since everything I read indicates it’s going to be a replay of last season with slight changes. I guess they can’t help it, since they’re sort of trapped in the town with a limited number of characters. But that doesn’t mean it’s interesting. I can’t say for sure until I watch it though. STRIKE BACK is still one of my favorite shows. I never fail to watch that one. And I’ve started watching THE GUARDIAN on Netflix while I exercise. That’s a series than ran from 2001-2004 with Simon Baker (The Mentalist.) It’s pretty good. Good enough to distract me from the damn exercises anyway. 😀
.
I’m sure I’m missing something, although you don’t need to know about the GIANT black and white muffin I ate at Coffee Bean and Tea Leaf this morning! It was shamefully delicious. Which is why I’ll be exercising again tomorrow. (heh, heh)
.
Okay, back to work with me. I’ll be back next week, same time, same place.
xoxo
DBR

3 thoughts on “THIS is going to be a busy month!”