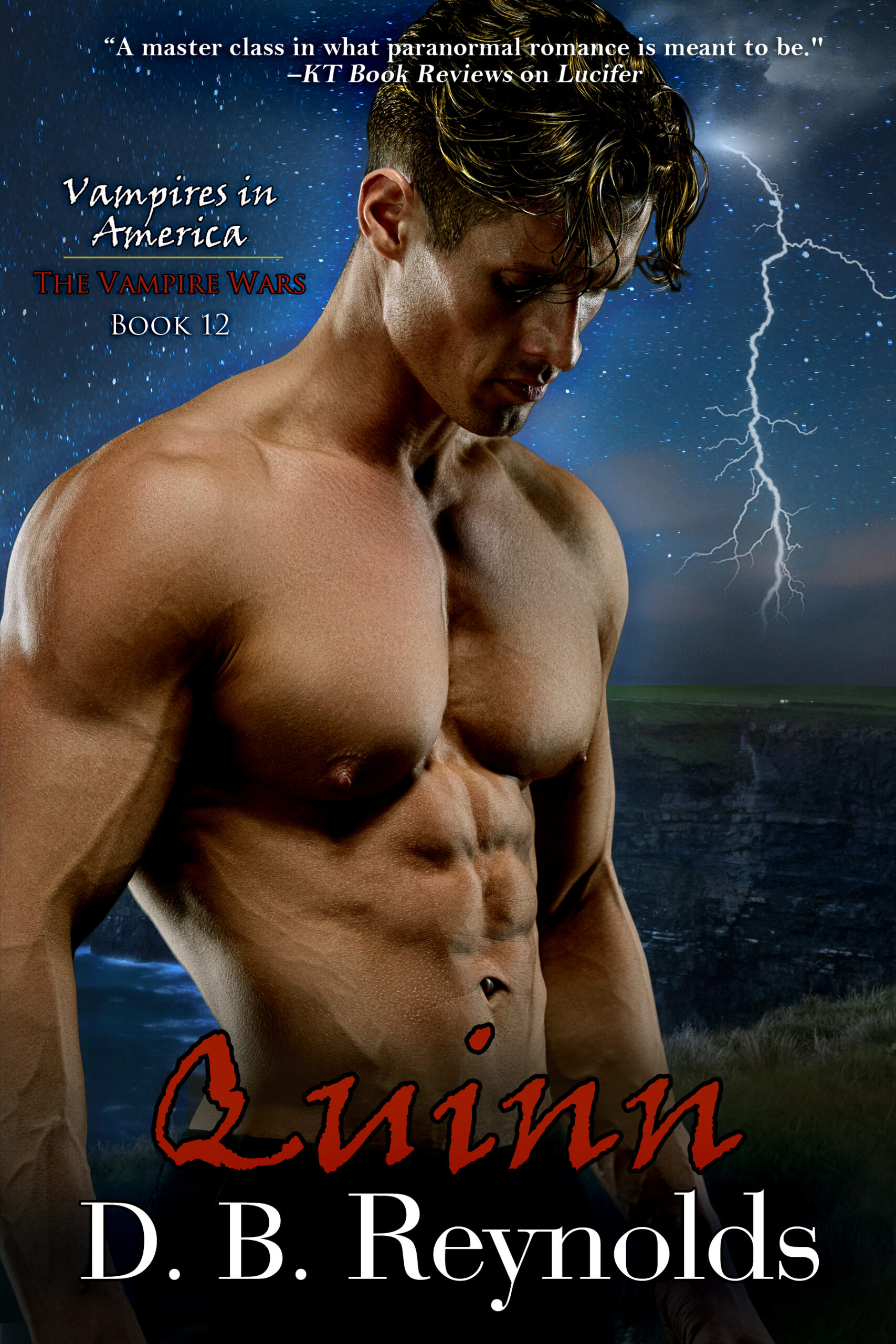 Ireland—a land of magic and fantasy, of fierce warrior kings and fairy mounds . . . and, of course, vampires who’ve been around for nearly as long as the fey. Brilliant and ambitious, Quinn Kavanagh was aiming for the top, even before he was turned. But now, as a powerful vampire lord, he’s driven by the demands of his blood, compelled to conquer and destroy, to defeat Ireland’s criminal ruler and make the territory a better place for all its vampires and humans alike. Smart and beautiful, Eve Connelly was a graduate student with life’s endless possibilities stretched out before her. She knew nothing of vampires and didn’t care . . . until she watched two of them murder her beloved brother. Now she’s driven, too. But she doesn’t want to help Ireland’s vampires–she just wants to kill them. Bound together by love and hate, Quinn and Eve will risk everything to bring down the bloody regime of Ireland’s current vampire ruler. But in order to find revenge for Eve and the ultimate power for Quinn, they first have to learn to trust each other. And that might be the most dangerous thing of all. . . . REVIEWS: “D.B. Reynolds always tells a fantastic story with all sorts of twists and turns in her complicated worlds that you can’t help but love! I can’t wait to see what her genius-self cooks up next!” Cassandra Lost in Books “Quinn and Eve are strong, compelling characters that have an undeniably sizzling chemistry that has sparks flying in every direction along with some snarky dialogue as well emotional ups and downs that easily draws readers into the story and ensures that the readers want to know every last detail of this rocky relationship as they struggle toward their happily ever after.” Stormy Vixen’s Book Reviews ” … what can I always count on when I read one of these books? I can count on a smoking hot, dangerous, over the top Alpha vampire Lord, an intelligent heroine that can hold her own in…most situations, although at times she may be naïve about vampires, super sizzling sexual tension and sex scenes and action scenes to rival the best thriller movies. This latest entry in the series does not disappoint on any of these points.” La Deetda Reads BUY LINKS: Amazon.com Amazon UK Amazon AU Amazon Canada Kobo Apple BN.com Google Play