Wonderful letters, emails, messages on Facebook and Twitter from my fantastic readers, telling me how much they love my Vampires. And I get questions, too, which I always try to answer. And sometimes, the answer requires a visual. This week, Mary M. wrote asking me what Raphael looked like, since she didn’t think the RAPHAEL cover looked like, well, Raphael. So, I decided to post the picture that inspired my description of Raphael, the one I see in my head every time I’m writing about my big, bad guy. Take away the sun, and this is Raphael. 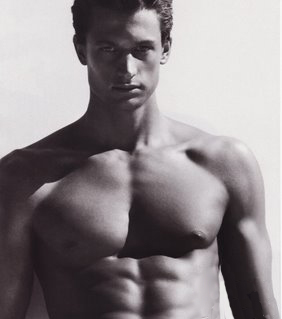 Other squeee-worthy news … I heard from my publisher early last week, warning me to expect the edits/revisions on LUCAS this week. That’s one more step down the road to LUCAS’s debut. Squeeee!
.
On a more personal fave note, Amazon sent out a blast this week that one of my very favorite authors, Vince Flynn, has a brand new Mitch Rapp coming out! THE LAST MAN will release on November 13th. Of course, I’ve already pre-ordered mine! Squeeeee!
.
The CHILLER channel has a Buffy marathon going on, and, as usual I’ve got it up with no sound while I work. It’s the episodes with Reilly and the Initiative—not as interesting as Angel, but what the heck. Anyway, Reilly’s #2 guy is played by Baily Chase, who also plays BRANCH CONNALLY on LONGMIRE! And may I say he’s aged really, really well. 😀
.
No going out to the movies this week, though I did watch UNDERWORLD:AWAKENING on Netflix. And now, of course, I’m jonesing for UNDERWORLD 5, which apparently isn’t scheduled until 2014. Great. I’ll forget the whole story by then. I’m also busy doing stuff on my to-do list. I’m making progress, but it’s like every time I check something off, something else gets added. It’s eeeevil is what it is.
.
And now I have to get back to work, because if I’m going to be spending some quality time with my sweet LUCAS later this week, I need to get as much written on my new story as possible.
.
So, sweet dreams of Raphael, and I’ll see you back here next week!