——————————- Washington, D.C. … capital of an empire. Powerful. Exhilarating. Corrupt. And in the shadows … vampires far older than the nation itself. A power unto himself, Duncan has served at Raphael’s side for nearly the entire two hundred years of his existence. But long laid plans have finally borne fruit, and the time has come for Duncan to leave Raphael and tackle the greatest challenge of his life. He will face treacherous vampires and murderous humans. He will rock the halls of human power if necessary. But Washington, D.C. will be his. Emma Duquet cares nothing for vampire politics. She just wants to find her missing roommate and best friend, Lacey. But Lacey’s been playing with vampires of a particularly dangerous kind, and Emma will have to deal with the new vampire in town if she’s going to find her friend. Battling powerful enemies who will stop at nothing to keep their secrets, Duncan and Emma will dig beneath the corruption and depravity that is Washington, D.C. and uncover the most heinous conspiracy of all … . . REVIEWS . . –Paranormal Haven “This latest installment in D.B. Reynolds’ wonderfully written Vampires In America series is a fantastic read from start to finish. Her vampires have that something extra that makes them stand out in a genre that can feel like it’s reproducing the same characters over and over again. I’ve said it before and I’ll say it again, this series is a MUST for fans of dark paranormal romance.” SELECTED AS ONE OF STEPHANIE’S FAVORITE BOOKS OF 2011 . . –Nightowl Reviews

“I highly, highly recommend you read all the books in the series. Reynolds’ writing style is smooth and packs one heckuva punch.” . . . . –Bitten by Paranormal Romance A 5 Alpha Howl! “This, My Dear Friends, is why I read romance. But, no, Ms. Reynolds isn’t content to stop there. She has to throw one helluva wrench into the story and WTH!!! I was blindsided by this one. Bravo – Well Done!” . . –Fresh Fiction “SENSATIONAL! Non-stop from page one! This story sizzles off the pages!!” . . –Joyfully Reviewed

Duncan is another thrilling addition to D. B. Reynolds Vampires in America series! Ms. Reynolds rocks! I cannot get enough of her vampires. I have been impatiently awaiting Duncan’s story from the beginning and I was definitely not disappointed. You do not have to read this series in order but I recommend it because it makes it a much greater experience. While I hated to see Duncan leave Raphael and Cynthia, it was time for him to become a Lord. He waltzes into D. C. and takes charge. Duncan sizzles and when paired with Emma’s strong yet vulnerable character these two make magic. I just love everything about this story. I also laughed my butt off when Emma has a few words with my favorite girl Cynthia, hysterical! I also love that after five books Ms. Reynolds can still surprise me! Duncan equals hot romance and bloody good action! You don’t want to miss it! Ms. Reynolds please give me more Vampires in America! . . –RT Book Reviews….. 4 1/2 STARS! The fifth entry in the Vampires in America series lives up to the reputation of the others as Duncan meets his match in Emma, a very alpha female, who knows her mind and is not afraid to express it. . . –La Deetda Reads 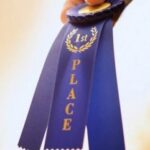 “Reynolds takes us on a roller coaster of emotions and delivers reading satisfaction. She can write rings around so many of today’s authors. She develops her characters to the point where we live in their skin.” . . —RomFan Reviews “Duncan is the 5th and long anticipated book in the Vampires in America series, at least for me; I have been waiting for Duncan to get his own book since book one which was Raphael and Cyn’s story. D.B. Reynolds is on a roll I could not put Duncan down it was full of thrills, humor and of course romance. I strongly suggest you read not just Duncan but every book in this series you will not be disappointed. Bring on Lucas!!!”