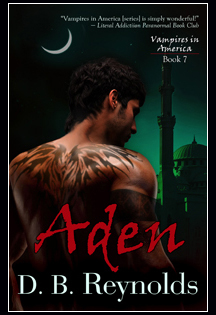 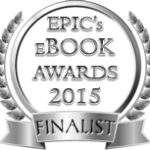 She was seeking revenge. What she found was a vampire who swept her into the darkest depths of passion.

Chicago, Illinois . . . the windy city. Home to football greats, dinosaurs named Sue, and, when the sun goes down . . . powerful vampires battling for the right to rule the city and beyond. Born into slavery, Aden is one of the most powerful vampires in North America, waging war on others of his kind in a struggle to become the next Lord of the Midwest. But in the midst of the deadliest fight of his long life, the ghosts of his past have come back to haunt him. Slavery still exists, and Aden is hellbent on destroying it and the vampires who profit from it. Sidonie Reid is an investigative reporter in pursuit of the biggest story of her career, until that story costs the life of a friend and Sid realizes she has to do much more than write about it. Intent on bringing down the vampires and their slave network, Sid gains entry to the highest levels of vampire society, where she finds herself confronting the raw sexuality that is Aden. Caught up in a dark passion that neither can resist, Aden and Sidonie join forces, determined to defeat the old regime and everything it stands for. The dangers are beyond calculation, but the ultimate reward is worth the risk. If they survive . . .

RT BOOK REVIEWS TOP PICK! 4 1/2 Stars, a Scorcher! “What do you get when you take a dark, brooding and dominant male vampire, and add an inquisitive, attractive and determined female reporter? A heck of a lot of fireworks — and Reynolds’ top-notch addition to the Vampires in America series. And if you’ve been searching for a steamy read, look no further: A little BDSM and super sexy bedroom activity fire up the pages in this stellar novel of action, adventure and deceit.” —  RT Book Reviews, Donna Logan Brown 5 Stars “Aden was long awaited but totally worth every second of the wait. His story continues the fast-paced, thrilling, and super steamy Vampires in America series.” —  The Book Chick Blog Reviews 5 Habibi Stars “The chemistry between Aden and Sidonie is absolutely white-hot … A wonderful [addition] to the Vampires in America. Book #7 and still going strong, that says a lot about the care an author gives her characters and readers.” “Terrific writing, strong characters and world building, excellent storylines all help make Vampires in America a must read. Aden is one of the best so far.” A TOP BOOK OF THE YEAR! — On Top Down Under Book Reviews “… cool non-technophobic mafia-like American vampire lords fighting for their territory, and strong, gutsy and clever women with whom they hook up. Total win.” — Nocturnal Book Reviews “D.B. is a master at writing these scenes. The sensuality will take your breath away. — La Deetda Reads “You get to see [Aden] at several points throughout his human life as a slave. It’s a heart wrenching look behind the curtain yet it lets you connect with him in a different way than with any of the vampires before him.” — Paranormal Haven “I really did love this installment of the Vampires in America series. D.B Reynolds has outdone herself this go ‘round, and I cannot wait till the next! 5 Brilliant Stars!” — KT Book Reviews “D.B. Reynolds has created a vampire society with characters full of depth, charm and charisma.” — I Smell Sheep     AMAZON…..AMAZON PRINT BN.com AMAZON AUSTRALIA……AMAZON UK……AMAZON UK PRINT BOOK DEPOSITORY