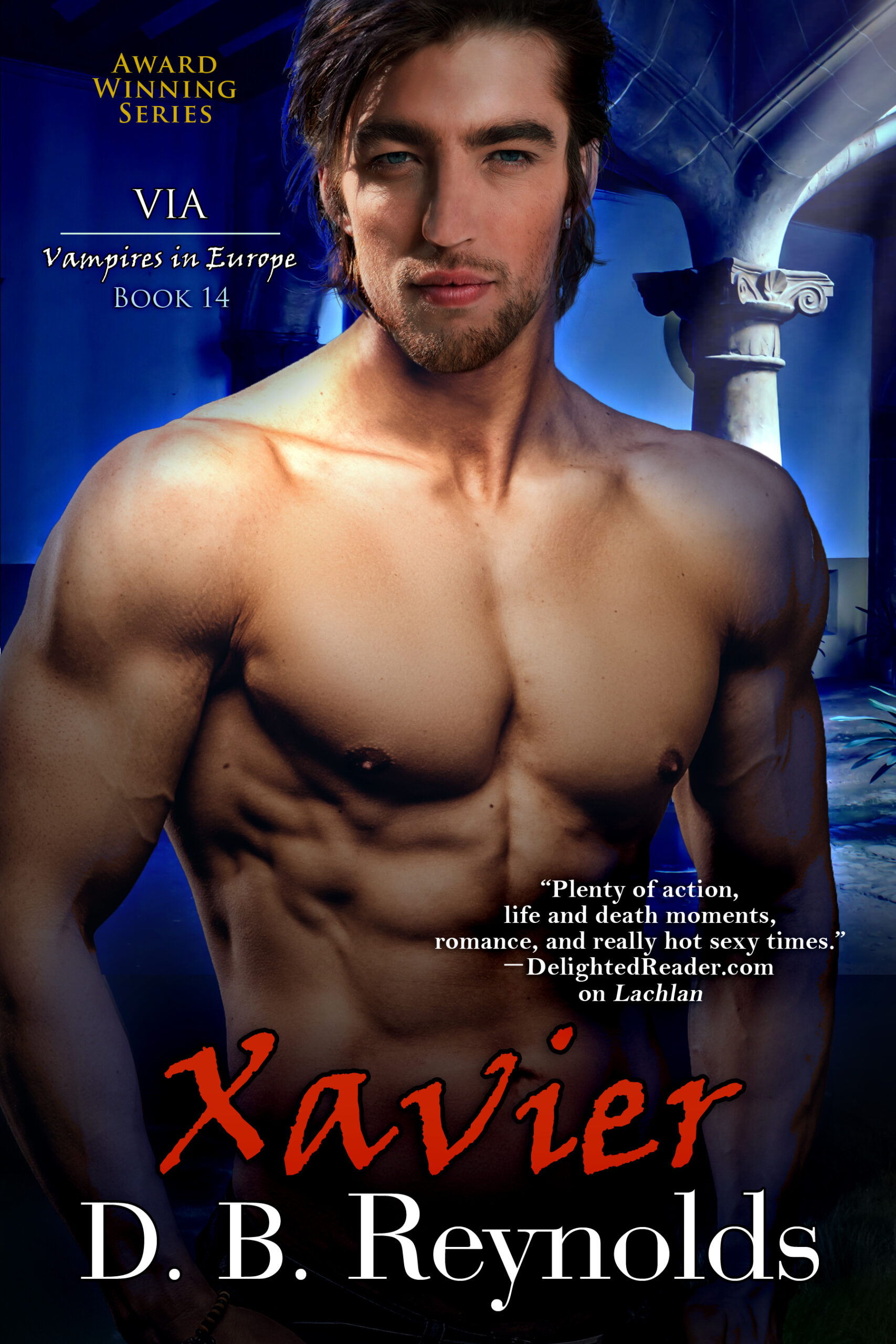 Barcelona—exquisite architecture, masterful artists, and just down the coast, an ancient fortress where an old and powerful vampire lives…and rules all of Spain. Tall, dark, and deadly, vampire Xavier Prospero Flores waded through blood to destroy his enemies and reach the pinnacle of vampire society—Vampire Lord. He has only one regret in his long life, and that’s the day he rejected the advances of Layla Casales. She’d been too innocent, too naïve, and far too young. But she’d also been his. Layla Casales was only nineteen when she left Spain, brokenhearted and humiliated by Xavier’s rejection. But now, ten years later, the ties of family are pulling her back, not only to Spain, but to Xavier’s fortress. Her father, the vampire lord’s military commander, is critically ill. Layla has spent years fighting on battlefields around the world, so when her father asks her to come home, she can’t say no. Though Xavier’s rule began on the ashes of his enemies, it’s not vampires trying to kill him now–it’s humans. He needs to eliminate his enemy before more of his people die. Layla arrives just in time to help, but while she came for her father, the minute she and Xavier see each other, desire burns as hotly as if they’d never been apart. Xavier isn’t going to let her go this time. But before they can rediscover the love they walked away from, they must first keep each other alive. REVIEWS: “If you want something different in your vampire world I suggest you give author D.B. Reynold’s XAVIER a try, you will not regret a moment and probably be looking for more of this author’s exceptional style of writing. After all, when you read vampire stories, you want a strong, arrogant, handsome vampire who’s mate is tough enough to handle all there is of him, an exciting action packed story line and a romance that will have you fanning yourself. All this and more will be found in XAVIER” -FreshFiction.com BUY LINKS: AMAZON.com AMAZON Canada AMAZON UK AMAZON Australia BN.com KOBO KOBO Canada GOOGLE Play Apple