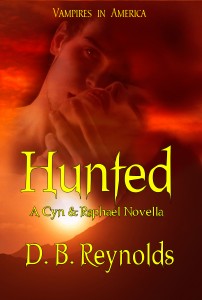 Another fly-by post today. I’m working on revisions for HUNTED. And the sooner I finish those, the sooner my publisher gets the story out to you! 🙂

There are a couple of things I want to note. First, my very good friend, the brilliant writer Steve McHugh has a great contest going on to celebrate his new contract with 47North. His first two books will be reissued under their imprint and there will be at least two more, all featuring his sorcerer and all around bad ass Nathan Garrett. Steve writes some terrific Urban Fantasy, and you can enter to win a Kindle Paperwhite. Pretty Cool. Visit Steve’s blog HERE for details.

I also want to note the conclusion of this year’s Brenda Novak Auction for Diabetes Research, which raised a record amount, and passed a lifetime total of $2 million! That’s a lot of money, and all for a good cause. And contributing to that good cause was one of my own readers, KAREN ROMA, who put up the winning bid of $325, for a chance to name a character in ADEN. Thank you, Karen, and thanks to your son, Kage, too, whose name and likeness will fit in perfectly with Aden’s team of vampires.

I can’t sign off without my TV roundup, which this week includes the season finale of GAME OF THRONES. I’m sorry to see them go, and hate having to wait an entire year, but at least they left us at a good place in the story, with no terrible cliffhangers. I did think the mosh pit scene with Daenerys Targaryen was a bit odd, but okay. And it was good to know that Sam picked up more than one of those white walker killing blades, even though we didn’t actually see him do so. Also interesting that Cersei now admits to Tyrion of all people that her son Joffrey is “terrible.”

But in the absence of GAME OF THRONES, I’ll have LONGMIRE and FALLING SKIES, both of which are just starting their seasons, and I’m very happy to report that THE KILLING is back on AMC with all new episodes. I love Linden and Holder!!

Other than that, it’s been a fairly routine week. Me writing, writing, writing … although I did break long enough to bake a birthday cake for my sister! It was pretty. And delicious, too. I wanted three layers, but I baked four, so I’d have an extra to stay with me at home. (heh, heh) A writer needs sustenance, you know. And there’s no better sustenance than chocolate!!

Speaking of which, my cake is calling to me, as are the revisions for HUNTED, and ADEN is demanding I return to him. He’s a very bossy kind of guy, but he’s sooooo worth it.