Let’s try this again. The techs at WPDude have concluded that my image loading problem was a function of my local server, and has now resolved itself. Honestly, I’m not sure what that means. I’m just glad I can load images again. 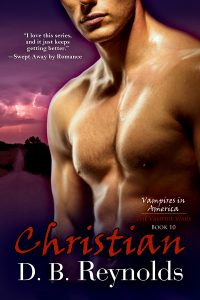 Let’s start with CHRISTIAN, and the fact that I was listening to his AUDIO book last week!! Not the whole book yet, but it’s definitely moving along, and, as always, Nick J. Russo is doing a fantastic job.

As I mentioned in my last blog, GABRIEL’s revisions are done and back with my editor, but now my revisions on SHIFTER PLANET 2 are also complete and the manuscript has been officially delivered. I don’t have any idea what kind of release date Entangled will decide on—almost certainly next year—but I’ll let you know when I know more. 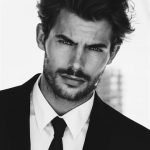 I’ve also found my cover image for GABRIEL . . . and this isn’t it! 😀 This one kind of looks like him, though. Same dark hair, same heavy five o’clock scruff. Of course, I don’t think my GABRIEL ever wears a suit. Not in this book anyway. Maybe for the big New Year’s Eve celebration at the Malibu mansion, though. As I’ve mentioned a few times, Raphael has a starring role in GABRIEL’s book. I think you’re going to love it.

Of course, all of this submitted work means it’s time for me to start writing a new book, and that’s LACHLAN, Vampires in America #13. Yikes. 13! I’m currently filling out my usual detailed outline and character sketches, although I already know Lachlan himself really well. I see him in my dreams, he’s so familiar to me. I know his heroine really well, too, although I haven’t named her yet. I’m still working on that one. Names are important. 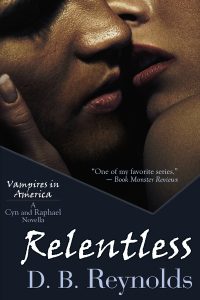 I just found out today that RELENTLESS is on sale, until Sept. 15th, only $0.99 on all the usual e-platforms.

And finally, a recommendation … I decided to check out Amazon’s Jack Ryan series the other night. I intended to watch one or two episodes, but ended up binge-watching the whole first season. If you have the inclination, it’s well worth watching. I love John Krasinski, and this is an excellent take on the Tom Clancy book series.

And with that I’m going back to work on my LACHLAN. I’ll be working on it while I’m off in Scotland, which makes sense, since most of his book will take place there. Scotland has long been on my list of places I want to visit, so I’m very excited. Plus I’m going to meet up with lots of friends, which just makes it all the better.

But first, I have lots to do for LACHLAN, so I’ll see you all next week. I hope it’s not too hot where you live, or, if it is, I hope your AC is working!