DUNCAN is now available with his new cover in print as well as e-book. So pretty. That leaves only LUCAS awaiting his new look. I’ve completed the galley proof, so it’s only a matter of waiting for the cover design to be finished. I’ve seen an early mock-up and if they stick with that one … yowza, they’ve captured the sexy guy that is Lucas. 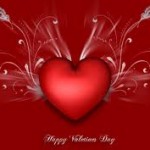 And speaking of sexy guys … I’ll be posting a special Valentine’s Vignette this Friday (naturally, since that’s Valentine’s Day) so be sure to look for it. I won’t say who it will be, but at least one reader has requested that this story be told. 😉 My lingerie short should also be appearing this week on another site. I’ll post the link here and elsewhere as soon as I have it, in the usual places.

With those finished, I’m back to VINCENT and BHW. Yep, still struggling with her name. 😀 I’ll get there, though. I have a couple of ideas I’m trying out to see how they flow with the story and out of Vincent’s mouth. (heh, heh)

No movies this week, but lots on TV. First was (sadly) the final episode of the BBC SHERLOCK’s Season 3. Great series, but one terrific frustration about the series, and I think typical of BBC, is that the seasons are so damn short! Three 1 1/2 hour episodes and that’s it. Grrrr. And now we wait at least a year for Season 4, assuming there is one. And there damn well better be one!! JUSTIFIED is beginning to get serious, after spending the first three eps mostly introducing the characters and putting them where they needed to be. I still love my Raylan! I’m also loving ALMOST HUMAN. What’s not to love, right? Karl Urban, Michael Ealy and lots of action. I’m also keeping up with BITTEN (based on Kelley Armstrong’s terrific series.) It started slowly, but that’s to be expected. They had to introduce everyone, do the world building … that takes time. But with every ep, it’s gotten better, and all of my Canadian friends assure me that ep 4 (which I can’t watch until tomorrow night) is the best yet. They love tormenting me like that.

Books … I’m back to working on my 2014 Book Challenge, now that I’ve finished the galley proofs on the re-releases. I think I’ve only read something like two books this year! Weird and unusual, considering this is me and it’s February. But I’ve been busy writing and reading my own stuff instead, so … time well spent! 😀 But I have a huge TBR list waiting for me, and lots of my favorite writers are about to release new books, so I’ll catch up. 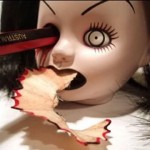 Speaking of weird and unusual, look at what I acquired this past weekend! It’s a pencil sharpener from Living Dead Dolls! You stick the pencil in her (bloody) eye to sharpen, and if you choose, the shavings can come out of her mouth. My husband took one look at it and is pretty convinced (if he wasn’t already) that I’m nuts. He’s also a little worried about falling asleep next to me. (hee, hee) I told him that this was the way I dealt with my writerly stresses, so he didn’t have to worry. He totally fell for it! 😀

Okay, that’s it for this week. Time for me to get back to VINCENT and give my BHW a real name.

Don’t forget to look for my Valentine Vampire Vignette this Friday, and I’ll see you all next week.

4 thoughts on “ALMOST THERE!”