DID SOMEBODY SAY SNIPPET? 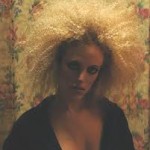 I’m sure you’ve all heard that it’s raining (and thundering and lightning) in Southern California, in JULY!! But it’s not cold. It’s hot and humid, and my hair does NOT like humidity!! And, yeah, I know we need the rain, and my yard (and my water bill) are leaping (or shrinking, in the case of the bill) with joy. But frizzy hair, people!

It doesn’t matter as much as it might, though, since I’m spending most of my time in front of the computer, finishing up ALLIANCE. The manuscript is close to being finished, and will go out to my talented and kind beta readers this week. I say that they’re kind, not because they hold back on telling me what’s wrong, but because they’re willing to put in the hours to read this final draft despite their own very busy schedules.

But since I’m spending my nights with Christian, and Natalie, and the gang, I thought I’d give you a first look. FYI, Marc is Christian’s first child, and his lieutenant.

Natalie had finished her warm-up, and stepped off the floor to check her cell phone for messages, when the back door opened with its customary metal creak. She looked over, and saw Christian and Marc step inside. They drew attention just by walking down the hall. Not only because they were beautiful, which they were, but because the two of them turned a simple walk into a predatory prowl. And she wasn’t the only one who noticed. A pair of women emerged from the locker room, and their lively conversation turned off like a spigot when they caught sight of the two vampires. And then Marc smiled at them, and they stumbled so hard that Natalie winced, expecting them to go down in a pile of hormonal confusion.

Christian, of course, was too busy glaring at Natalie to notice anyone else. 🙂

Okay, my frizzy hair and I are going back to work. Gotta get this manuscript finished.

Have a wonderful week!