Still spending my nights with Aden, but I’m happy to report that we’ve begun working on his cover, which is sort of exciting. Aden’s going to be tough to get right–he’s somewhat unique. We’re working on the cover for HUNTED, too—that’s the next Cyn & Raphael e-novella. We’re anticipating a summer release. I’ll let you know when I have a confirmed date. Should be soon. 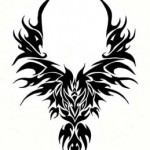 By the way, there’s another annual event over at the Vampire Book Club, and that’s their Alpha Showdown. Now, we all know RAPHAEL is the greatest alpha of all time, but … he’s not nominated, so I’m going for one of my favorite non-Raphael alphas, and that’s Curran of ILONA ANDREWS’ Kate Daniels series. Gotta love me some Beast Lord! If you’d like to add your vote to mine, vote HERE. If you’re planning on voting for someone else … oh, look, ice cream!

Now that my house is more or less back to normal, my sister came over and we saw Star Trek Into Darkness. Loved it, of course. Although, as a long term trekkie (my fave is the ORIGINAL series) I have to say that I knew where the plot was going before it got there, and I’m not sure I was happy about that. But still, I loved the film. I especially loved the interaction between Spock and Uhura, and the little touches of humor that are so much a part of the Star Trek tradition. On the small screen, Memorial Day weekend means not much new on TV. No new Game of Thrones. But tomorrow one of my favorite TV shows—Longmire—has its season premiere. Yay! I did l.o.v.e. the Elementary season finale this past week, and groaned at the Grimm finale, although as the producer’s card said at the end … I knew it was coming. LOL

And finally, before I get back to work … as I mentioned, this is Memorial Day in the U.S., a day we remember all of those who’ve given so much, so that the rest of us can worry about season finales and alpha showdowns. Wherever you are, wherever you live around the world, please take a moment, maybe even a few moments, to remember those brave men and women of your own military forces, and the sacrifices they made for all of us. 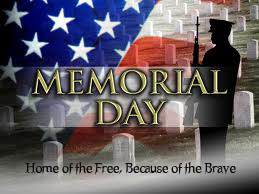 Have a great week, and I’ll see you next Sunday!