My publisher was full of surprises this week. XAVIER will be released on September 30, and he’s already on pre-order! I’ve listed some buy links below. I think we have all of them except for Apple, but they’re always the last ones to get the post up.

—————
Barcelona—exquisite architecture, masterful artists, and just down the coast, an ancient fortress where an old and powerful vampire lives…and rules all of Spain.

Tall, dark, and deadly, vampire Xavier Prospero Flores waded through blood to destroy his enemies and reach the pinnacle of vampire society—Vampire Lord. He has only one regret in his long life, and that’s the day he rejected the advances of Layla Casales. She’d been too innocent, too naïve, and far too young. But she’d also been his.

Layla Casales was only nineteen when she left Spain, brokenhearted and humiliated by Xavier’s rejection. But now, ten years later, the ties of family are pulling her back, not only to Spain, but to Xavier’s fortress. Her father, the vampire lord’s military commander, is critically ill. Layla has spent years fighting on battlefields around the world, so when her father asks her to come home, she can’t say no.

Though Xavier’s rule began on the ashes of his enemies, it’s not vampires trying to kill him now–it’s humans. He needs to eliminate his enemy before more of his people die. Layla arrives just in time to help, but while she came for her father, the minute she and Xavier see each other, desire burns as hotly as if they’d never been apart. Xavier isn’t going to let her go this time. But before they can rediscover the love they walked away from, they must first keep each other alive.

—————
The STUCK-AT-HOME giveaway has officially ended with two final winners last week. The lockdown has eased somewhat, but it’s not over, and probably won’t be for a while. I still can’t go to the gym yet, but I have enjoyed a few meals with friends in the fresh air and warm sunshine (under an umbrella) of summer. My afghan project is coming along, though now that I have a furry roommate, I’ll have to keep the afghan and its supplies in a drawer, instead of on the floor in front of my recliner. I’ve been bingeing way too many programs and was feeling like a slug, just sitting there, so at least the afghan lets me DO something productive while I binge.

On the writing front, I’ve already started Nick’s book. Obviously Nick’s lived a veeery long life, so my biggest problem has been deciding which time periods for the story to drop by. Nick’s had an awful lot of adventures in his life. By the way, the poll on what to name Nick’s book had a very clear winner. Over 67% of you voted for the title to be NICODEMUS. That’s okay with me, as long as my publisher doesn’t object. 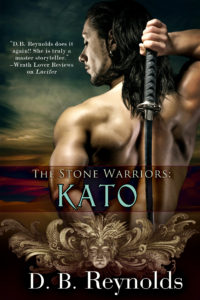 And now I’m back to Nick…and the fur baby will probably want food soon.

Have a safe week, and wear a mask.