THERE ARE WINDOWS IN THE CAVE! 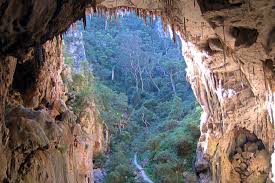 I’ve opened the windows in the cave, and sunlight and fresh air are mine again . . . as is a nearly completed manuscript for ALLIANCE. I’m still not quite finished, but so very, very close that I can afford the distraction of sunlight, and just in time for the Summer Solstice. At least on this side of the world. As my friends in Australia and New Zealand pointed out, down there, it’s the Winter Solstice. 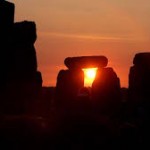 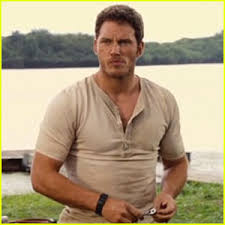 Yes, I saw Jurassic World this week, and yes, Chris Pratt’s picture is bigger than the solstice, because … well, because he is just so fucking sexy. I love him! Oh, yeah, and there were dinosaurs in the movie,too. It was all great fun!

I was also pointed,this week, to the website What Does Your Hero Smell Like by one of my favorite authors, Julie James. I input the names of all of my vampire heroes, and Colin, too. The women’s names didn’t work out at all, so I’m not listing those. I mean, the name of the website sort of gives that away. It’s designed for guys. As for my heroes, some of them worked for me, some didn’t. I’ve also included Nick’s name, since he’ll be the continuing hero in my spin-off series next year. And, if you’re wondering who Rhodry de Mendoza is, that would be my shifter hero from a new stand-alone that should release soon, though I don’t have a firm date yet. I’ll give you all the details once I have a confirmed release date from the publisher. This is a story I love that’s been in the works for awhile. I’m so glad you’re finally going to be able to read it!

Raphael—Rain and Luxury (I think this one is particularly good.)
Rajmund—Gasoline and Brawn (Gasoline, no. Brawn, definitely)
Colin—Wool and Harvest (Wool??? Harvest, yes.)
Duncan—Grape Juice and Meaning (???)
Duncan Milford—Wood Shavings and Passion (This is better. Adding a last name works!)
Lucas—Meat and Freedom (Meat? Do I want a hero who smells like meat?)
Lucas Donlon—Matches and Typewriters (The last name thing didn’t work as well for Lucas.)
Aden—Brie and Winter (Brie, no. Winter, yes.)
Vincent—Glue and Invention (No, no, a thousand times no.)
Vincent Kuxim—Oatmeal and Luck (Hmmm, no. Vincent doesn’t work either way.)
Christian—Honeysuckle and pride (Yeah, this kind of works.)
Christian Duvall—Wet dog and pride (Pride works, he’s a vampire lord, after all. But who the hell wants to smell like wet dog?)
Nick Katsaros—Swords and Damage (This is uniquely appropriate!)
Rhodry de Mendoza—Keys and Pride (There are no keys in the book, so no. But Pride definitely works.) 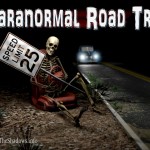 First is that my my Paranormal Road Trip around Haunted Malibu is still up, and the giveaway is still open. There aren’t many entries, so if you’ve ever wanted to try one of my books for free, this might be your chance. 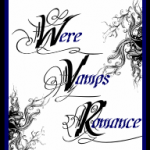 Also, I’ll have a new interview and giveaway up Tuesday, June 23, at Were Vamps Romance beginning Tuesday. So, come by, say “hi” and enter the giveaway!

And finally, it came to my attention last week that there was a glitch in my website that had caused all of my posts after 25 May to disappear. Well, not actually, disappear, I could still see them, but no one else could!! My website guy fixed it right away–something to do with WP’s latest upgrade–and everything’s showing up again! Thanks to Neil and the guys at WPDude.com. Fortunately, I was in the cave for most of that time, although it did include the announcement of my Paranormal Road Trip of Haunted Malibu, so if you missed that, you should stop by and read all about the ghosts around Malibu, CA, and enter the giveaway, too.

And that’s it for me this week. I’m back to ALLIANCE, just a couple of scenes to go, including a pretty big one that I won’t give away. Have a great first week of summer, try to stay cool, or dry, or warm, depending on your locale! And I’ll see you back here next week.

2 thoughts on “THERE ARE WINDOWS IN THE CAVE!”