THE NEW FACE OF JABRIL IS … CYN!

First up this week is the re-release of JABRIL, with its new cover featuring the true star of the story, and that’s Cyn. I’m very happy with this new cover. JABRIL was always a tough one, because no one wants a picture of the bad guy! But, lucky us, we now have Cyn instead. The new cover is available already in the KINDLE and other e-formats, and it will be available in print as soon as inventory warrants. Note that the story is the same. These are re-releases with new covers and moving into new markets, but the text has not changed!

This being the week between Christmas and New Year’s, it has a vacation sort of feel. I’m hard at work for the most part, writing the new stories and galley proofing the re-releases. But I did take time out for a couple of movies. First up was Hobbit2, Desolation of Smaug. I thought the title referred to the actual desolation of Smaug, as in, we would see the dragon’s demise. But, no. It refers to the desolation CAUSED by Smaug in Dale and Erebor, which was particularly disappointing when I realized it meant we wouldn’t be seeing the death of the dragon. It was a mildly entertaining film, albeit somewhat repetitive (especially when compared to the earlier films,) and it embellished the story in ways that sometimes made little sense. I did enjoy seeing Legolas, even though he clearly was NOT in the book. His fight sequences were some of the best, while still being a little over the top. It was also a blatantly MIDDLE film. Nothing much happening except going from point A to point B and setting up the next film. As I said, though, it was mildly entertaining, and if you’re a fan of the books, you’ll want to see it.

The other movie I watched this week was Lone Survivor, a movie with Mark Wahlberg, which is based on the true story of a Navy SEAL team which was sent in to assassinate a Taliban commander and ended up facing far greater opposition than they’d expected. What follows is an intense and bloody battle, especially tragic since we know the outcome. The movie isn’t called Lone Survivor for nothing. It’s also uniquely poignant, because these were real men who died, and as you watch the movie you’re reminded of the thousands of others who have died or had their lives drastically altered by this war. Excellent film.

But this being New Year’s week, I want to close on a happier note, so I’m posting the full text of the mini-shorts I wrote with ADEN’s release, describing Aden and Sidonie’s first Christmas, and then a conversation between Cyn and Kathryn, as Cyn reacts to news of Sidonie’s very special Christmas present. You’ll find them both HERE. Enjoy! 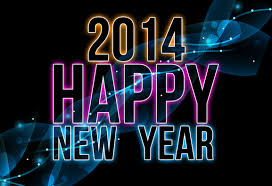 And finally … yes, it’s hard to believe, but it really is nearly 2014! Have a wonderful celebration wherever you are. Stay warm, and I’ll see you all next year!