SHOUTING FROM DEEP IN THE CAVE 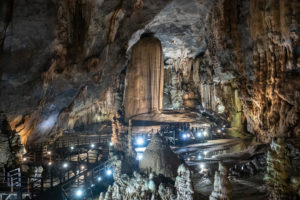 I’ve been spending so much time in the cave lately, that I’ve decided to spruce the place up. Now all I need is my big red chair. What do you think?

I’ve journeyed into the cave to finish ANTÔNIO, which is the new VIA-Vampires in Europe (Book #15!) I teased his story at the end of NICODEMUS, when the assassin sent to kill Sotiris was preparing to leave the U.S. for her next assignment. That assignment happens to be (surprise!) Antônio, but of course nothing is that simple in the world of vampires. At least not MY vampires.

I had hoped to visit Europe again in 2021, in preparation for this book. But as we all know, that didn’t happen, since with every day that passes, it seems more and more as though we’re heading into a new lockdown. Here in Los Angeles, we’re already under a mask mandate, which is depressing. We had maybe a week where there was a sense of relief that the worst was over…and now we’re right back in the weeds. I’ve cancelled all my trips for the year again, but I’m going back out into the world next year. I hope.

It’s not all doom and gloom, though. I’ve discovered Grey’s Anatomy…only a few years late. But I’m totally sucked in, and have to ration my watching, lest I do nothing but sit in front of the big screen for however many days it takes to finish all 17 seasons. That’s not going to happen, since (1) someone has to feed and water EDDIE! And (2) Antônio is even more delicious than McDreamy. lol  I tried Chicago Med, which clearly wants to be Grey’s, but it’s not. The first season was good, but it became too soap opera-like, and with tons of medical errors, so that became boring. I did discover a UK series called HIDDEN, which is set in Wales (a country I visited a few years ago with my mom, and LOVED.) It’s a cop show, with a female lead who’s a homicide investigator. Very good.

But as long as we’re talking streaming entertainment, I also watched the new SUICIDE SQUAD. I found it deeply flawed and nowhere near as good as the first one, which was at least less flawed. It seemed they decided to insert some slapstick stupid comedy into this one…bleah. It had all the stupid, without the comedy. Which is just my opinion, of course.

Okay, I’ve gone down a rabbit hole here with lockdown streaming. It’s time to get back to writing Antônio’s story. But first…let’s see, there are some sales going on.

RAJMUND‘s e-book is on sale until August 15, for only $0.99 on all the usual e-platforms. AMAZON is also going to be featuring XAVIER as a monthly deal sometime in September. And they’re planning to offer some sort of deal pricing on NICODEMUS in the fall–which is them being their typical vague. I’ll remind you about these deals when they happen. Oh, and another one…SHIFTER PLANET has been selected as a featured title on BookBub’s Paranormal Romance list, which will happen from September 1 to 8. Yay!

And now I’m REALLY going back to my upgraded cave to bring Antônio’s story to life. Stay safe out there. And by the way, I’ve been vaccinated. And as a person who gets awful full-body allergic reactions to EVERYTHING, I didn’t have even a pinprick of redness at the vax injection site. So PLEASE consider getting you and your loved ones vaccinated. But vaccinated or not…wear a mask! This is not to invite debate. It’s simply a plea from a fellow dweller on planet Earth.