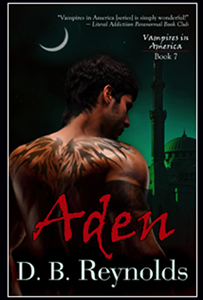 As announced on Facebook earlier this week, Green made a good run for it, but the RED cover wins! And now that we have the cover, all we need is the book. 😀 I can’t wait! We have so many contests and giveaways planned. It’s going to be great.

And speaking of giveaways, I’ll be at PARANORMAL HAVEN’S HALLOWEEN AT THE HAVEN on WEDNESDAY, OCTOBER 30TH, with a mini short story and a cool giveaway. Don’t forget to drop by! I’ll remind everyone on Facebook, too.

And if you’re wondering why my Facebook profile pic is now a vampire giraffe … it’s a long story involving a riddle, a too quick hit of the return button, and, yep … a giraffe. But I’m not alone. It seems as if my entire news feed is nothing but giraffes! 😀

Big Screen report … sort of. I was watching the trailer for The Counselor (new movie with all sorts of big stars) and it reminded me of something. Everyone always asks me which stars I would want to play my various characters. Usually, I don’t have an answer, because the image I have of them in my head doesn’t match anyone on the screen. But there is one exception, and that’s DUNCAN. Give him some longer, blond hair, and I have ALWAYS thought Michael Fassbender would be a great Duncan.

Small Screen report … GRIMM returned this week, and thank the gods for DVRs, because I didn’t even know it was scheduled. I guess I don’t watch the right shows on NBC, because I saw NO ads for its return. Zero. Nada. But my trusty DVR caught it, and it was good! ***SPOILER*** I’m sooooo glad they didn’t keep Nick dead and in a box and off to Austria. That would have been too tedious. This is much better. I also caught the pilot episode of DRACULA. I’m not sure about that. Pilots can be awkward as the actors relax into their roles, but this one seemed clunkier than usual, and Jonathan Rhys Meyers “American” accent was awful—so bad that it kept jarring me out of the story. And I’m not all that sure about the story either. I’m not a big fan of conspiracies. But I’ll at least stick for one more episode.

Books … lots of books I need to enter on my list. Maybe later. I need to finish my story for PARANORMAL HAVEN first. It’s pretty much finished, just some polishing left to do.

Hmm, and I think that’s it for this week. Don’t forget to drop in to PARANORMAL HAVEN on Wednesday, and I’ll see you there!