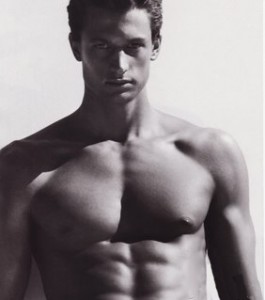 Okay, this picture is pure beefcake. The guy who started it all, my vision of Raphael.

Moving on … first up, Happy New Year to anyone who missed it! Yep, the holidays are over and we’re all back to work and school, entering the long wait until Memorial Day. At least here in the U.S. For some of us, though, like yours truly, the holidays were no vacation. I was writing like crazy, finishing up DECEPTION and getting it to my editor.

Which is why this post is late today. I was up all night—no surprise there, but I stayed up about an hour later than even I usually do. But I completed my final read-through and edit of DECEPTION and sent it off to my lovely editor, Brenda Chin. I’ll take a few days off, and then start all over again. We’ll be heading south again with ALLIANCE, Book #10 of my Vampires. As usual, you’ll be meeting the star of ALLIANCE at the end of DECEPTION. He’s a brand new vampire who might become a lord … if Raphael doesn’t kill him first.

But for now, I’m going to take those few days to celebrate the completion of another book. In the past, the DH and I would head to our favorite oceanfront restaurant, offer a martini toast and enjoy the scenery. But they closed our restaurant a couple months back, replacing it with something trendier. It’s a nice place, but it’s not the same. So I’m not sure where we’ll celebrate this time around.

I’m also going to catch up on some TV shows that I’ve been piling up. I have several episodes of SUPERNATURAL which I’m going to binge on, then there’s SUITS and GOTHAM and ARROW and … well, let’s just say my DVR is pretty damn full. But speaking of TV shows, I watched a few of the very early X-Files while I was working last week. Well, I didn’t really watch them so much as let them play in the background, but I was struck by how young and pretty Mulder and Scully were, and how much sexual tension there was between them in those early shows. I didn’t remember that.

The DH and I watched some good movies over the holidays, the final HOBBIT, IMITATION GAME, AMERICAN SNIPER among them. There were a couple of other not so good ones, but I won’t mention those.

Okay, I’m going to enjoy my day, knowing DECEPTION is done … for now, anyway. It won’t be long before I get it back from my editor with the first revisions, but that’s the writer’s life. And I love it.

I wish you all a terrific 2015 filled with good books, great movies, and lots of love!