IT’S ALL ABOUT DECEPTION! 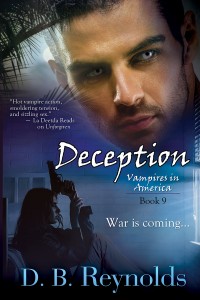 In case you missed it somehow, DECEPTION’s cover was revealed this past week, and I love it. You can CLICK HERE FOR THE FULL-SIZE IMAGE.

DECEPTION is still up for PREORDER on AMAZON. Preorders are for the e-book only, but the print version will be released on March 31, along with e.

In anticipation of DECEPTION’s release on March 31, my publisher is running a giveaway on GoodReads. They’re giving away five (5) print copies of DECEPTION. The giveaway runs through March 26, and it’s open to U.S. readers only.

But don’t worry if you’re not U.S. I have several blog stops planned for the DECEPTION release, and my giveaways will all be international! 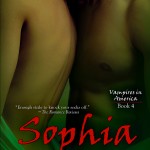 I also received an update from my publisher about the audio books. Traci Odom, the narrator for the first three books, is continuing and has already begun with SOPHIA. The goal is to have all of the existing books available in audio by early next year, and then to have each new book available within 60 days of release. That’s the goal anyway. Traci’s doing a great job of keeping up the pace so far, and a terrific job of narrating.

I’ve been busy writing every night this week, but took some time out with the DH to binge watch the entire first season of Bosch. I love these books by Michael Connelly, and I think they’ve done a great job of bringing Harry Bosch to the small screen. I only wish they were ready with Season 2. Though, from what I’ve read, they’re not even committed to a second season yet. They’re still waiting to see how Season 1 is received. From my perspective, it’s a hit and they need to get on that next season already! 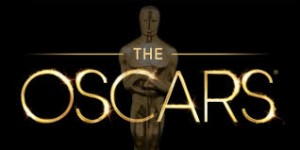 And finally … Oscars!! Come on, I worked in the industry. Of course, I watch the Oscars! Granted, I did DVR them first, so I could fast-forward through the boring parts. Overall, I was happy with the winners, although I would have liked Imitation Game to win, instead of Birdman. And Benedict Cumberbatch instead of Eddie Redmayne. But they were both deserving of a win, and at least Graham Moore won for his Screenplay, and he gave a wonderful speech. Yay for him! And Lady Gaga was terrific. I’ve heard her sing with nothing but a piano many times, so I wasn’t surprised that she had a voice.

Okay, now that I’ve put in my ten cents worth about the Oscars, I’m going back to writing about Vampires. 🙂

Enjoy the last week of February (as unbelievable as it may seem) and I’ll see you in March.