There’s such a pretty echo here in the cave. It’s weird because I just finished reading a book where two people went off to a secluded cave to have sex, which they did, but then there was an earthquake and they were trapped in the cave for days!! That won’t be happening to Vincent and Lana, though, because even though I’m in the cave, they’re in the sunny deserts of Mexico where it’s hot and (cough, cough) getting hotter by the minute. 😀

This was a very productive week all around. Not much sleep, mind you, but very productive. Most importantly, of course, is that the story of Vincent and Lana is going along smoothly. Lots of writing getting done. The lack of sleep, however, was largely because I had talented people working on my house and for some reason they all want to arrive at 8:00 am. ::sigh:: They did lovely work, though, and now that it’s all finished, it was worth the lack of sleep.

There was good news on the audio book front this week. We’re awfully close to signing a narrator, and I’m really excited! I’ll let you know as soon as it’s a done deal, but it should be soon.

On the bookmark front, all of the pending requests have been mailed, so if you’re waiting, you’ll either receive it soon, or your request is so recent that it’s still in the P.O.Box. I’ll be clearing out the box tomorrow, so if that’s the case, I’ll pick it up then.

For those who might have missed last week’s announcement, I received the release schedule from my editor. UNFORGIVEN (novella #3) will release on 1 October, and VINCENT (book #8) will release on 1 November. The good news is you won’t have to wait long between the novella and the book, which is the long term goal. The bad news is that 1 October is far away. But I’ll be writing a Vignette or three to fill the void. Also, my new contract is for 2 books and 1 novella a year, which means more books with less time in between releases for the future, so … that’s good, right?

On the book front, there was NOT QUITE ENOUGH (Catherine Bybee) which is the trapped in a cave book. Despite the dire scenario, it was a fairly lighthearted romance. I also finished THE KING (J.R.Ward) which is why I needed to read a lighthearted romance! Great world she’s created, but (and this is NOT a criticism) it’s also fairly dark. I love Wrath, though. He’s always been my favorite Brother.

No movies what with all the workmen making my house pretty, but on the small screen there was GRIMM which just keeps getting better; the season finale of BITTEN, which was an okay episode, albeit not the best one of the season; HANNIBAL, which was its usual gruesome self; CRISIS, which is a very taut thriller; and yes, yes, yes! GAME OF THRONES!! SPOILER ALERT!!!!!!!!!!!! That little twit is finally dead, dead, dead! But who did it? Hmmmmmm. The fool (who used to be a knight) knew to warn Sansa and get her away, though Tyrion was clearly just a patsy. It might have been Cersei. I wouldn’t put it past her to kill her own son in order to regain power. Especially since said son was clearly crazy and his heir is another of her own sons, right? But the previews of next week seemed to put the blame on the Tyrells (the twit’s new wife) so who knows? I read that the TV show departs from the books this season, so anything goes, I guess. Such a well done show, though. 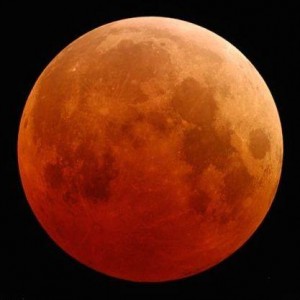 But there’s stuff going on in the REAL WORLD too! There’s a total lunar eclipse this week that will be visible throughout most of the U.S. It’s happening overnight tonight (April 14/15.) You can check SKYWATCH at FARMER’s ALMANAC for details. I plan on being outside and looking up. Hopefully, we’ll have clear skies.

But until then, it’s back to the cave for yours truly. Warning … sex scene ahead. Yippeee!

Have a great week and I’ll see you back here next Sunday night.