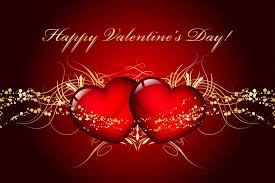 This is me, checking in from back in the cave. I’m hiding out for revisions this time. They’re almost finished, and I’ll be sending it back to my very patient editor this week. It’s a BIG book, people!! It takes a while to get through all the changes. But I think you’re going to love this last book of my Stone Warriors saga, and especially finally getting to read Nick’s story.

And here’s a tiny, tiny snippet, just for you.
—————-
Several layers of wrapping later, including a final swathing of cheesecloth—which seemed an odd choice—Nico lifted the lid, and found even more cheesecloth crushed into balls that filled every empty space in the package, as if to guard against breakage. He frowned, no longer able to guess at what it might contain. He uncovered four smaller packages, identically sized, and as carefully wrapped as the box itself. Nearly out of patience, he split the string on one of the smaller packages, carefully unwrapped it…and had to grip the table lest he fall to the floor, devastated by what he found. Tears blinded him when he hurried to open the other three packages, until finally he shoved the endless piles of wrapping to the floor, and stood four statues on top of the table.

“Damian,” he whispered, touching the first. “Kato. Gabriel. And oh gods, Dragan.” Tears rolled unheeded down his face while he stared at the near perfect images of his warriors as they’d been in the final moments before they vanished.
—————-
Yep, our Nico has lived through some hard times. But don’t worry, his revenge will be all the sweeter for it.

I’m going back to the cave now. These revisions won’t write themselves, and I want this book done.

Stay safe out there. Wear a mask.
xoxo
DBR