It’s finally here … almost. Less than 48 hours ’til the release of THE STONE WARRIORS: DAMIAN. I’m excited about DAMIAN. It’s the first book of a new series, a whole new world of magic. And there’s another great review this week, a double review from Swept Away by Romance . . .

“I have to admit, I really didn’t think I would like this new series as much as I LOVE the ViA series….boy was I WRONG!! I loved the storyline, the camaraderie, the bantering, the humor, and most especially Damian !!!! He is a Warrior God as he continually and hilariously likes to remind Casey.”
Dorsey, Swept Away by Romance
“Witty banter, tons of action and sizzling chemistry are woven into an engaging and compelling plot that sets the tone for what promises to be a fantastic new series by this talented and very clever author.”
Karla, Swept Away by Romance

To celebrate the Stone Warriors’ debut, I’m launching the first issue of my new newsletter, with details of the DAMIAN blog tour and giveaways. If you’re subscribed to my website and this blog, you’re automatically subscribed to the newsletter. (And, of course, if you don’t want the newsletter, you’ll always have the option to unsubscribe.) 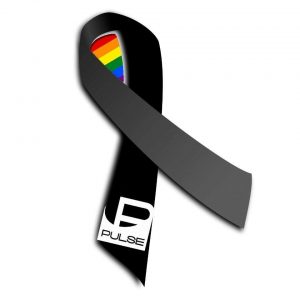 I had a few other newsy things to share, but they were all eclipsed by the tragic events in Orlando, Florida. The shooter doesn’t deserve to have his name and image plastered all over the news, with his bullshit excuse of supporting a foreign terrorist organization. This was a hate crime, nothing else. I wish I believed in hell, so that I could be assured that bastard would suffer in eternity, but at least we can deny his hatred any more fame.

My heart goes out to the families of the dead, and to the survivors and their families. That’s where all of our attention should be focused, that’s whose pictures the media should be splashing all over television and internet.

Stay safe, tell your people you love them.

And I’ll see you next week.