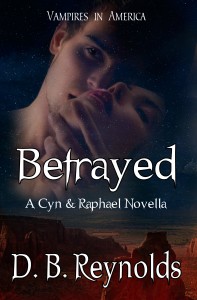 I’m on Amazon watch, in case it pops early, and I’ll let you know if it does. By the way, the image above is the final hi-rez version of the cover. If you click on it, you can see the cover in full beautiful color!
.
In the meantime, there are more early reviews of BETRAYED, and they’re all good. You can check them out on GOODREADS. And at DAWN and WINNIE BOOK REVIEWS
.
And then because Wednesday is RELEASE DAY, I’ve got TWO guest posts and giveaways that you won’t want to miss. 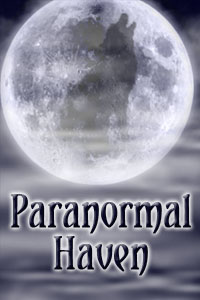 Our favorite Huff ‘n Puff reporter will be visiting this Wednesday, August 15th, with Cyn and Raphael at PARANORMAL HAVEN In addition to the guest post, The Haven will be posting their review of BETRAYED, and I’ll be giving away a free copy of the novella, too.
.
Also on Wednesday, I’ll be dropping in at I SMELL SHEEP where I’ll be the Guest Chef and bringing along my recipe for the perfect RAPHAEL. Yum!!

And, of course, another giveaway of BETRAYED. And Sharon will be posting her own review of BETRAYED, too.
.
And if you don’t win either of those giveaways, not to worry. I have lots more promos in the coming weeks. I’ll be posting them all here, and on Facebook, too. So stay in touch.
.
Also this week, my wonderful writing partner, Steve McHugh, posted a new interview with yours truly. If you want to know why I’ll survive the coming Zombie Apocalypse, and a few other things, too, drop by STEVE McHUGH’s BLOG and check it out. And while you’re there, be sure and check out Steve’s fantastic first book, CRIMES AGAINST MAGIC. It’s getting nothing but glowing reviews all around!
.
On the subject of FACEBOOK, by the way, they’re forcing me into their Timeline format. I’ve been retooling the damn thing for days, so I’ve gone ahead and jumped with it instead of waiting for their drop dead date. I’ll be keeping an eye on it, to see if I’ve screwed anything up. I’m not crazy about it, but you can’t fight, er, um, progress(?) LOL
.
And speaking of progress, I DID IT! I cleaned out the underwear drawer. I tossed an entire CPK huge bag of stuff, and now every time I open the drawer, I’m startled and reaching for the wrong thing. And I feel so proud every time. LIttle victories, people. Little victories.
.
Also, I posted this on FACEBOOK, but I also want to call your attention to a lovely new review of THE VIGNETTES from THE ROMANCE REVIEWS! Always nice to hear!
.
TV Reviews … first, I’m sad to report that LONGMIRE had its season finale last night. I feel as though the season just started and now it’s over already. ::sniff:: FALLING SKIES is still going, and I admit I’m not at all surprised that 2nd Mass didn’t fit well into Charleston’s underground mall world. I do have a question, though. Where are they getting all that food they’re serving on the buffet line? They must be going above ground for that, right? And then there’s ::sigh:: TRUE BLOOD. I have no idea what’s going on there, and no interest either. When the strongest character in the show is TARA, a character I never liked, we’ve got trouble. Bill is … I don’t know what Bill’s game is. Pam is a total wimp, which she is NOT in the books. And Eric, who should be stronger than just about everyone except Russell, is one of the weakest vamps around. Russell at least is in character, and now that he’s broken free, maybe he’ll even be interesting. And Sam and Luna better rescue Emma quick, because that storyline makes me a little sick. And then, yes, I have a question. Apparently a Stackhouse ancestor made a deal with Waldo that essentially gives him Sookie. So far, so good. Just one tiny, little question. I though Sookie’s fae blood came to her through her Gran–the one who died in the first season. But Gran was only a Stackhouse by marriage, so if someone made a deal with the fairies, it shouldn’t be a Stackhouse, should it? Of course, maybe it’s only in the books that the fae blood comes through Gran. And that’s it for this week’s TV. One of my favorite shows, STRIKE BACK is picking up its new season next week, I think, so that consoles me for the loss of LONGMIRE. A little bit.
.
And that’s it for this week.
.
See you all on the other side of BETRAYED! Squeeeeee!
DBR