RETREATING DEEPER INTO THE CAVE 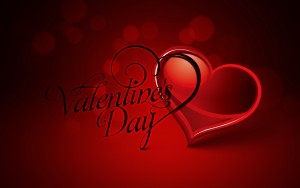 A Valentine’s Day party! With loads of giveaways!

In the meantime (and fortunately) there is video in the cave, something to play in the background while I’m writing. I’ve watched all sorts of things while I’ve been pounding this deadline, but one of those things is The Avengers: Age of Ultron. And I’ve reached two conclusions …. (1) Chris Evans/Captain America is truly badass. And (2) Black Widow (Scarlett Johansson) should wear a helmet when she rides her super bike. And that’s as much brain power as I can spare for the Avengers.

Congrats to Peyton Manning and the Broncos … I love Tom Brady, but I had to go with Peyton on this one. This will almost certainly be his last season, and I wanted to see him win.

And now I’m back to Nick and Damian and Cassandra to see how their story ends, and by “ends” I mean, you know, ends for now, since my books always end with “to be continued.”

To all of my readers who are dealing with Winter Storm Jonas, stay warm and safe while you dig out. And to you and all the rest of my readers … have a great end of January, and come back next week for the party!