LACHLAN, DRAGAN, and Legolas, too. 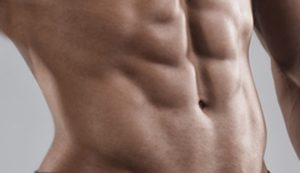 No official cover for LACHLAN yet. I’m told it will be up next week, along with the pre-order. But I’m giving you a peek at his abs, which are as fine as the rest of him. And, because I love my readers, I’m posting a look at the back cover copy, too. This isn’t the final, final copy, yet, but it’s close.
—————-
Scotland—sweeping forests, tumbling waterfalls. . .and towering highlands where vampire warriors have ruled for centuries.

Lethal and charismatic, vampire Lachlan McRae woke on his first night to death and devastation—his clan slaughtered, his fortress destroyed. One hundred and fifty years later, driven to avenge the murder of everyone he loved, he’s ready to hunt down and kill the one vampire who was behind it all–Erskine Ross, the Vampire Lord of Scotland.

Beautiful, smart, and cool under pressure, Julia Harper is determined to prove she’s more than a child of wealth and privilege. When a lifelong friend is murdered by vampires, she steps out of her role as an analyst for the CIA, and sets out to take down one of the most powerful men in Scotland—the deadly Erskine Ross.

Recruited by a friend to arrange contact between Lachlan and her best friend Cyn’s mate, the powerful Vampire Lord Raphael, Julia soon discovers that she and Lachlan want the same thing . . . Erskine’s death. But when Erskine sets out to kill Julia instead, she and Lachlan find themselves fighting for her life, and for a love that neither one of them can trust.
—————-
Cover and pre-order up this week! Yay!

It could be. These days it’s sunny one day and thundering the next. But that’s not the point. The point IS that I’m working on the next Stone Warriors, which is the last of the four warriors: DRAGAN. Not the last book in the series, though. NICK gets his own book next. But DRAGAN … he’s going to be fun. 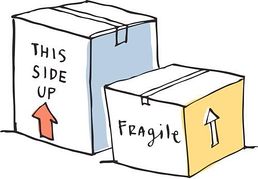 When I’m not writing into the wee hours, I’m working through all the boxes I had to pack during the renovation. This week it was the kitchen. I started with 9 boxes (BIG dish pack boxes!) and I’m down to only 2. At this stage, about half of what I unpack goes into another box to give to charity. Too many dishes! It used to make sense. It doesn’t anymore. But while I was unpacking, I watched some TV (since with my “new” house, I can see the big screen from the kitchen!) I watched the entire first season of a Netflix show called “Northern Rescue” which is about a family of 4–Dad and 3 kids–trying to start fresh after Mom died. Not my usual fare, but I like Billy Baldwin, who plays the dad. What a f#cking tearjerker! What was I thinking? But once I was sucked in, I binged the whole first season. So tonight, I went for SyFy and a movie called Unlocked, which is a standard spy flick, except for an unexpected appearance by Legolas … er, Orlando Bloom, as an all-tatted up bad boy. No tears there. 😀

Okay, back to work for me, because once I hit midnight, it’s time to write. Have a great week, and I’ll be back with you the minute LACHLAN goes up for pre-order. Yay!