This is me, emerging from my writing cave and blinking at the bright light of the television playing a Buffy rerun, to greet all of you. I’ve been writing like crazy this week, feeling the pressure. That means not much else was going on.
.
I did send out all of the pending prizes, including the RAJMUND/BETRAYED contest (aka Krystof Killed Zosia), and the snap contest from last week’s post, which asked the quick question about where and what Cyn’s tattoo is (it’s a heart with a stylized R inside, and it’s over her left jugular vein.)
.
I ended up selecting four (4) winners, instead of three (3), in that contest since I screwed up the email address. The winners have all been notified and have responded, and they were …

We also caught up on the bookmark/bookplate requests, since I received the shipment of my pretty new bookmarks.
.
I’m hoping to add images to the freebies page soon. And I really am working on the map, but if I have to choose between the map or ADEN … my sexy tattooed vamp wins every time.
.
What else … No movies this week, although there are a couple coming out that I really want to see. Mama looks scary as hell, and I’ll probably regret it, but I want to see that movie. And, of course, Hansel and Gretel, with one of my personal faves, Jeremy Renner. But that’s for the future.
.
I really have been working hard in my cave, though I snuck out to watch my favorite Federal Marshal do his thing. He looks so pretty in a pair of 501s. I’m talking about Raylan Givens and Justified, for those of you unfortunates who haven’t had the pleasure yet. Also there was SNL, which managed to be pretty good this week. The Hobbit 18 sketch was funny for those of us nerdy enough to get all the jokes. You can watch it HERE. The Hunger Games skit was pretty funny, too. 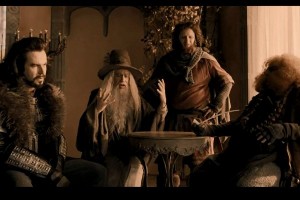 I’m still working on my 100 book challenge. I’ve updated my list HERE. I’m judging RWA’s RITA awards again this year, so my reading this week included a couple of RITA contenders. They’re not my usual fare, but I read them, so they count! 🙂
.
And that’s about it for this week. This is a 3-day weekend in the U.S., Martin Luther King Day tomorrow, plus the presidential inauguration. The Capitol Building’s all dressed up for the big event, should be quite the show, and dramatically fitting for MLK Day. 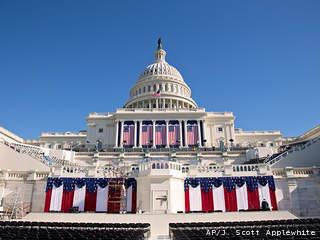 For my part, I’ll spend it the same way I did today … writing.
.
For all of you in the U.S., have a great 3-day holiday, and, everyone have a great week. See you back here next Sunday.