STILL IN THE CAVE BUT THERE’S LIGHT ON THE WALL!

Not much light yet, just enough to make shadow puppets, but that’s definitely progress. Although, right about now, Vincent and Lana could do with a little less light . . . a comment that will make no sense to you until you (ahem) read the book … in the fall! 😀

LUCAS, on the other hand, is available right now with his new cover in both PRINT and NOOK from BN.com and so far in Kindle only from AMAZON. They’ll have to exhaust their current inventory of print copies before ordering more, which will be with the new cover. Shouldn’t take long. But if you want him in print format right away, you can always go with BN.com.

With LUCAS’s re-release, that’s all of the back list with their new covers. I’m going to be ordering some bookmarks with all the pretty new pictures. I’ll let you know when those are available. It’s on my to-do list. My ever-expanding to-do list. But I have a new method of tackling the list. Every day I do at least one thing off the list, big or little, it doesn’t matter, as long as I do one thing. If I do more than one, that’s even better. And it’s working. I deal with real life and the to-do list during the day, and write all night. Hmmmm. Something’s missing … oh, yeah . . . sleep. ::sigh::

I can’t complain about spending nights with Vincent, though. All the ladies love Vincent, but I’m the one he ends his nights with, I’m the one who puts him to bed. (heh, heh)

Books . . . I spent my reading time this week with my friend (and talented writer) Michelle Muto’s newest manuscript! I love being able to read great stories without having to wait. And you’re going to love Michelle’s latest. The current release date is January 2015, but that might be revised for an earlier release (we hope.) And speaking of great writers, my friend Steve McHugh has an interview/chat/giveaway over at Bitten By Books this week, with prizes that include an Amazon gift card and copies of his terrific books from the Hellequin Chronicles series. 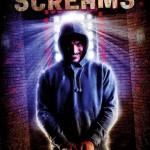 No movies, because I’m living in the cave. Some small screen news, though. Bad news. They keep canceling shows that I like! I read that Intelligence with Josh Holloway was cancelled, but then today I read that CBS hadn’t decided yet, so who knows? The Black List was, of course, renewed. It has James Spader! How can you not renew that? Almost Human with Karl Urban has terrific ratings, so they damn well better renew that one! I love that show! I’m also watching BITTEN (based on Kelley Armstrong’s terrific books) which is getting better after a slow start. And is anybody but me watching HELIX? When I read that story about scientists discovering a virus in the ice in Antarctica, that’s all I could think about! Do you know how many horror movies are based on things emerging from the ice! 🙁

Okay, back to the cave with yours truly. That hour of lost time this morning did a number on me, I was sluggish all day. But now, of course, I’m wide awake!! And Vincent is calling.

Have a great week. Get some sleep.
xoxo
DBR

1 thought on “STILL IN THE CAVE BUT THERE’S LIGHT ON THE WALL!”