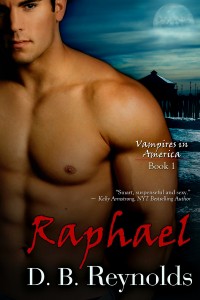 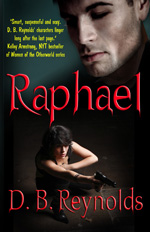 Malibu, California—home to rock-and-roll gods and movie stars, the beautiful, the rich . . . and vampires.

Powerful and charismatic, Raphael is a Vampire Lord, one of the few who hold the power of life and death over every vampire in existence. Thousands call him Master and have pledged absolute loyalty on their very lives. But when, in a brazen and deadly daylight attack, a gang of human killers kidnaps the one female vampire he’d give his life for, Raphael turns to a human investigator to find his enemies before it’s too late.

Cynthia Leighton is smart, tough and sexy, a private investigator and former cop who’s tired of spying on cheating spouses and digging out old bank accounts. When Raphael asks for her help in tracking down the kidnappers, Cyn’s happy to accept. But she soon realizes her greatest danger comes not from the humans, but from Raphael himself.

Battling Russian mobsters and treacherous vampires, and betrayed by those they trusted, Cyn and Raphael find themselves fighting for their lives while caught up in a passion of blood and violence that is destined to destroy them both.

Full of ruthless vampires, the story depicts an interesting society reminiscent of feudal lords. Raphael rules his territory like a king, adding to the mystique the vampires hold for the human population in the book. Major points go to Reynolds for creating a tough female protagonist who saves herself rather than waiting for the guy to arrive. Abandoned by her mother and basically ignored by her father, Cyn grew up in, as she describes it, “a virtual emotional vacuum” (Ch.24), and the resulting toughness in her character feels real to the reader. Suspenseful and action-packed, Raphael, while providing closure of some plotlines, leaves the door open for the sequel to which this reviewer looks forward.
.

—Adrian Phoenix, author of A Rush of Wings and In the Blood

“D. B. Reynolds’ debut novel is a fast-paced story full of dark power and rough primal action that’ll keep you up late at night turning the pages. Her characters are genuine and damned likable, flaws and all. I fell in love with Cyn—tough, cool, and smart. I can’t wait to journey with Cyn once more into her world of moonlight investigations, brooding vampires, and mystery.”
.

Raphael is everything we expect him to be for a vampire Lord. He is dark, mysterious and excruciatingly seductive. The passion and fire that ignites between him and Cynthia is breathtaking. D.B. has mastered the art of perfect seduction with her writing of the love scenes in this novel. Intense moments of torment, pleasure and anticipation will keep you on the edge of your seat, holding your breath to find out what comes next. I can give this novel no less than 5 stars, for it deserves each and every one of them.

Watch out readers! I fully expect to see Reynolds’ books lining the shelves alongside great authors the likes of Kenyon, Hamilton and Moning.
.

–The Romance Reviews
This is one intense story, filled with fierce, passionate characters and set in a beautiful dark world. Each book in the series deals will deal with a different vampire lord and that lord’s specific area, but let me assure you now, we haven’t seen the last of Cyn and Raphael, and I for one can’t wait for what will happen next!
.

Ms. Reynolds did an excellent job of introducing two very strong characters. Cyn is a very confident and sharp as nails woman. Raphael is tall, dark and sexy! Together they are a great pair that make the story seem more real and not farfetched. The chemistry was extremely hot! With the sex scenes even hotter! If you are looking for a new author to follow, here is a great one! D.B Reynolds is going on my To Be Watched for Pile!!
.

Raphael also features tons of sensational story! It starts off with a dusting and never lets up the intense action. Ms. Reynolds has mixed romance, action and mystery that sizzles and keeps you enthralled throughout! Raphael is an incredible suspenseful story that will leave you begging for more at the end I guarantee it! I cannot wait to read the next story in this clever series.