It’ll be short and sweet this week, because I’m in it hot and heavy with Aden, but keep reading, and I’ll make it up to you!

First up, this coming week is the first ever International Clitoris Appreciation Week. When I saw this, all I could think about was imagining a debate in the U.S. Congress as they tried to decide whether or not to endorse such week of recognition. Especially since I’d guess that at least 3/4 of the Neanderthals in that august body can’t even say “clitoris,” without fearing for their immortal souls. ::eye roll:: But alas, there never was such a debate and the subject is actually quite serious. Sponsored by the group CLITORAID, it’s designed to call attention to the issue of female genital mutilation, a very worthy cause.

Beginning this past week was the Brenda Novak On-Line Auction for Diabetes Research, which always has tons of good stuff for both readers and writers, and everyone else, too. Included for the first time this year is an offering from yours truly to NAME A CHARACTER in ADEN’s BOOK. Just for comparison, the last person to win one of my NAME YOUR CHARACTER auctions created the character of Judy Peterson, Lucas’s horse trainer in LUCAS. So be sure and check out my listing and all the others in the auction. Bidding gets hot and heavy in the last few HOURS and MINUTES of the month, so be sure and get your bid in early. Every item is set up for limit bidding, which means you set your max amount, and if counter bids come in, the system bids for you up to your limit.

Good news on the wrecked house front … unless fate intervenes, they’ll be installing carpets this week, which is the next to last step in reclaiming use of my entire house. I’m almost afraid to hope for it, afraid to temp those fickle bitches of Fate.

No movies this week, though I am definitely going to be seeing Iron Man 3 on the big screen. I did watch the latest Game of Thrones, and I have to say, even though she has the IQ of a potted plant, I really feel for Sansa Stark. I used to just find her irritating and clueless, but by now, the poor girl deserves a break. Oddly, Tyrion is probably the most decent of her potential suitors. As for the rest of the Lannisters, little King Geoffrey is clearly a sociopath, and his dear mother Cersei is getting what she deserves. I had a bad moment at the end of this episode, because of the way they ended it with Baelish talking about chaos as a ladder and flashing on all the different players. I thought somehow it was the end of the season! But, no, there’s more.

Books – I’ve updated my 100 Books list, and posted a couple of reviews on GoodReads, too. 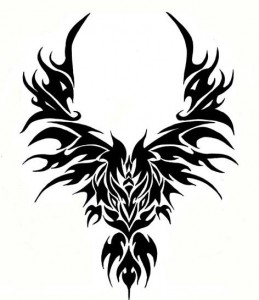 Aden shrugged. “You were very determined, and I was curious. What is it you really want, Sidonie?” He traced one finger along the delicate curve of her collar bone, bending close enough to draw in the sweet scent of her blood. She shivered, though not entirely in fear. He’d been right before, she was aroused by his presence, or maybe simply by the thought of having a vampire drink from her. But there was fear there. And that was far more arousing to him than her curiosity.