First things first, the lovely SOPHIA is garnering rave reviews from early readers, which means those on Kindle and those who downloaded the PDF from ImaJinn. I’m hopeful the print version will show up on Amazon and BN.com this week, but I’ll keep an eye out and let you know the MINUTE it’s available. And Fictionwise usually runs a week behind, but I’ll keep an eye out there, as well.

In the meantime, I truly appreciate all of the e-mails and posts, both here and on FB and Amazon, telling me how much you loved SOPHIA. It’s a nerve wracking thing to release a new book and it’s such a relief to know my readers love it.

Of course, now everyone wants to know when DUNCAN will be out! I’m taking a few days to bask in the glow of SOPHIA (and catch up on my sleep from RT) and then it’s back to working hard on Duncan’s story, which is already halfway finished. When I do get back to him, it will be pure pleasure, ‘cuz Duncan is MmmMmmGood. 😀

And, of course, RT was this week! The big excitement was picking up my RT Reviewer’s Choice Award for JABRIL. 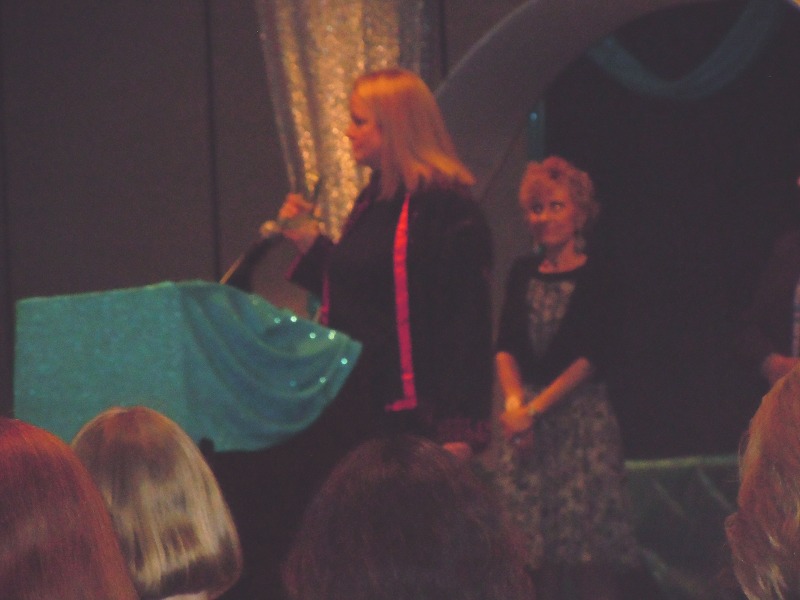 No one warned me I’d be giving an acceptance speech, so I had to come up with something on the fly. But I managed not to fall down on the way to or from the stage, so it’s all good. And the award is beautiful, isn’t it? 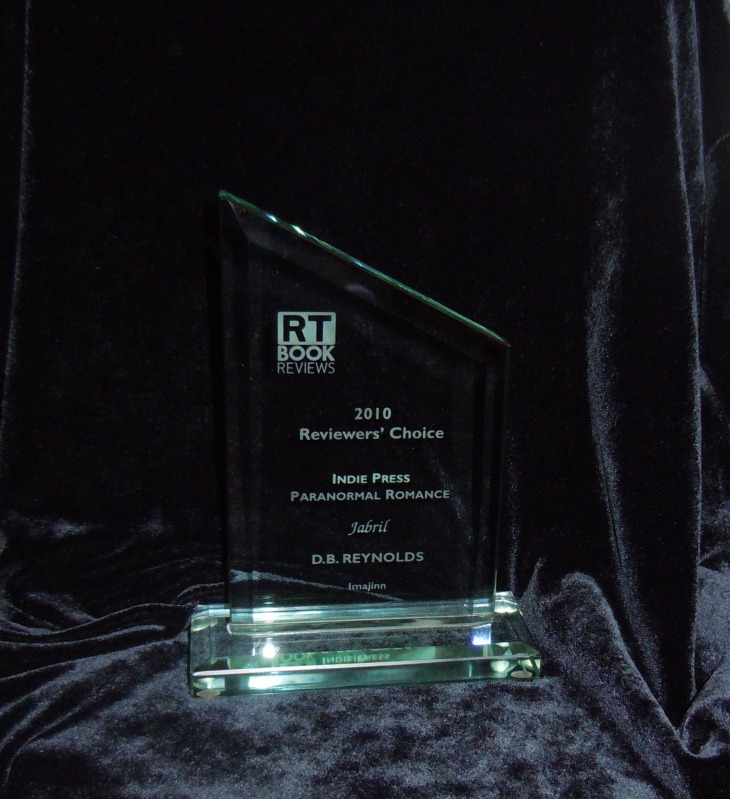 I’ve posted a few more pictures on my Facebook page. I didn’t take that many. I was too busy looking at stuff and finding my way around. There were so many fantastic panels and books, books everywhere!!

And it was so great to meet in person so many people I “speak” with on-line all the time, including Adrian Phoenix, D. P. Lyle and Rachel Caine, to name a few, along with Mertianna Georgia, who’s a new ImaJinn author. And I was surprised at how many of my readers were there, including Mary (aka Amy) who won the name a bar contest for SOPHIA, and so many others—from all over the world, especially from Down Under!!—who made a point of coming up and telling me how much they loved the books! It made my week!!

I’m sure there’s more I want to say, and probably stuff I’m SUPPOSED to cover this week, but I’m still recovering from four days of non-stop RT. I slept 10 hours when I got home and I’m looking forward to sleeping some more tonight. By tomorrow night, though, I’ll be back on schedule and working hard.

So, see you all next week, if not sooner. Hopefully I’ll have word of the SOPHIA print version before then. Fingers crossed!