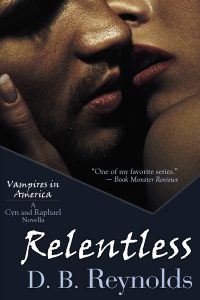 RELENTLESS will release on October 30th. This is a brand new Cyn & Raphael e-novella, and leads directly into the next Vampires in America novel, which is QUINN. I expect the pre-order to be up later this week. 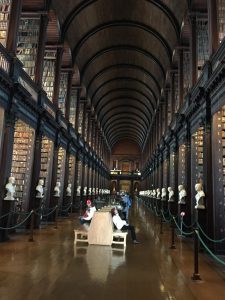 And speaking of QUINN, I journeyed to Dublin, Ireland, just so I could see the beautiful city and do it justice as my Vampires take the war to Europe. I had a fantastic time. This is the Long Room library at Trinity College. It’s a church for booklovers. Simply spectacular. For those of you who are interested, I’ve posted more pix from my trip on my Facebook page, and also a few on Pinterest.

Don’t forget, I’ll be at the Emerald City conference in Seattle, Washington, October 12-16, including their “Passport to Romance” event, which is open to the public. As part of the event, they’re running a cover contest, and KATO is entered. The preliminary round of voting is open now, so, if you’re inclined, Kato and I would appreciate your vote. He’s #30. Passport to Romance Cover Contest

In other news, I’m 20 books behind on my GoodReads Reading Challenge for this year. I don’t think I’m going to make it. It’s been a difficult year, and now I’m far too too busy writing QUINN to read more than twenty minutes before I drift off to sleep in the wee hours of the morning.

I did watch a couple of movies this week. 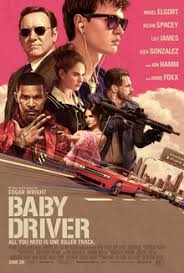 Baby Driver—while Ansel Elgort was extremely engaging and charismatic as Baby, and the music was great … ultimately I found the movie to be rather boring. 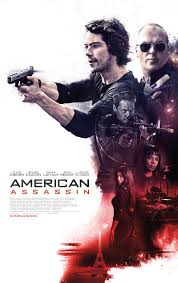 American Assassin—I’m a huge fan of Vince Flynn’s excellent Mitch Rapp series, and so I was eager, and a little worried, about this movie, which is based on the first book of the series. Good books are so frequently destroyed by their movies. But director Michael Cuesta and his writing team didn’t disappoint. Michael Keaton is great as Stan Hurley, and while Dylan O’Brien isn’t quite as big as the Mitch Rapp of the books, he does a terrific job of portraying Rapp’s extreme physicality, along with his sheer drive, and his complete intellectual and emotional focus. I hope this is only the first of the Mitch Rapp movies, and I hope, if they do more, that they achieve the quality of this first film. I really loved it. 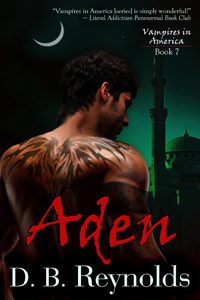 And finally, what with dashing off to Ireland and all, I forgot to draw the winners for the ADEN Audio giveaway. But I’ve now notified the two winners. They have five (5) days to verify their status, after which I’ll draw a new name. But don’t worry if you didn’t win, Fall is upon us, my favorite season, and I have lots of new Vampires stuff coming out soon. RELENTLESS on October 30th, a new Vampire Vignettes anthology, with several brand new Vignettes, in time for the holidays, and then early(ish) next year … QUINN, Vampires in America #12, which takes place in beautiful Ireland. (Hence, my recent journey.)

And speaking of QUINN, I’m going to spend the rest of the night with him. (wink, wink) He’s a lucious creature, he is.

Happy Rosh Hashanah to those who celebrate! And to all of you, have a great week!