A WEEK OF BETRAYED!

BETRAYED made it out this week! Despite the mix-up on Amazon (and what’s up with that?) my terrific readers found the book and the very first Cyn & Raphael Novella got off to a terrific start! So, thanks to all of you, especially those of you who posted (wonderful!) reviews and/or shared links to the book with your friends and family.
.
Very special thanks to CARLA GALLWAY and the members of MY NEW STREET TEAM who tagged and shared and liked and searched! Yes, I have a STREET TEAM. If you’re interested in joining, just go to the TEAM’S FACEBOOK PAGE.
.
Also, there are still a few giveaways going on. I visited PARANORMAL HAVEN with a character interview and giveaway.
.
.

And I dropped in at
.
I SMELL SHEEP’s
ALPHA MALE DINER
with the perfect Vampire recipe (RAPHAEL, who else?) and another giveaway.
.
MORE GIVEAWAYS!! BOOK MONSTER REVIEWS 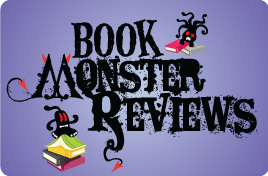 and LITERAL ADDICTION have posted a terrific profile of all the books, and are doing a double giveaway with a copy of BETRAYED and an e-copy of RAPHAEL up for grabs.
.
There are more events coming up, including (and I’m very excited about this one!) a discussion of RAPHAEL in the Cellie Book Club at THE CELL, which is the Fan Board for J. R. Ward’s Black Dagger Brotherhood. I’ve been a fan of JRW’s Brothers since the very first book, and I’m thrilled to have one of MY books discussed there!! You’ll need to be registered to participate. The discussion starts August 25, but in order to facilitate free and open discussion, I won’t be dropping in until the end of the week to answer questions.
.
I’ll post other events as we get closer to the dates, but there’s lots more on the way.
.

And let’s not forget my beautiful LUCAS who will be coming soon (October 30, 2012.) Although, just a reminder that Amazon does NOT TAKE PRE-ORDERS for my books. I think they only do that for the major publishers. 🙁
.
And finally, because I feel I must … TRUE BLOOD … ::sigh:: Well, at least Eric has proven he’s not an idiot, while Bill is every bit as weak as I always thought, letting himself get swept up into the I Love Lillith brigade. If I have to look at that naked, gory woman one more time … ugh. And apparently Russell is pretty damn powerful, huh? Even super/elder Ke$ha dancing fairy can’t take him. I feel confident Super Sookie will, however. (yawn) It’s odd that no one seems to know (or care) who Waldo is, except maybe Sookie, but she’s quickly distracted by Russell. There’s too much going on in that show to be resolved in the single remaining episode. It’s only a question of what they’ll leave hanging. I’m sure Waldo will be left for next season, but hopefully, the Emma storyline at least will be resolved. I say again, that one creeps me out. We did get one, too short, flash of the hunk-a-licious Alcide chopping wood … and I mean that literally. He was theoretically chopping wood, though he seemed mostly to be chopping dirt. Oh, well. At least he was half-naked.
.
Okay, it’s late and I’ve got to get some writing done before the night is over.
.
See you next week, and thank you once more for making the week of BETRAYED such a success!
DBR

1 thought on “A WEEK OF BETRAYED!”