A SCARY STORY FOR A WINTER’S NIGHT (and contest news, too.) 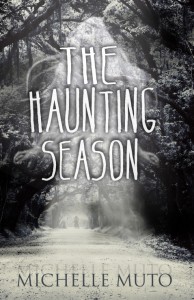 Are you looking for a story that will have you looking over your shoulder in the dark of night? Have I got a book for you! My good friend and critique partner, Michelle Muto, has just released her newest book, THE HAUNTING SEASON. It’s the story of four rather unique teenagers who are gathered together in Savannah’s most notorious haunted house to participate in a study of the paranormal. Unfortunately, the permanent residents of the house have their own plans for the four, and those plans don’t include letting anyone get out alive.

Be careful what you let in…
Siler House has stood silent beneath Savannah’s moss-draped oaks for decades. Notoriously haunted, it has remained empty until college-bound Jess Perry and three of her peers gather to take part in a month-long study on the paranormal. Jess, who talks to ghosts, quickly bonds with her fellow test subjects. One is a girl possessed. Another just wants to forget. The third is a guy who really knows how to turn up the August heat, not to mention Jess’s heart rate…when he’s not resurrecting the dead.
The study soon turns into something far more sinister when they discover that Siler House and the dark forces within are determined to keep them forever. In order to escape, Jess and the others will have to open themselves up to the true horror of Siler House and channel the very evil that has welcomed them all.
.
Michelle’s posting Teasers on her website– WHICH IS HERE, and even better, she’s offering this terrific story at the incredible introductory price of only 99 cents! This can’t last, so pick it up now on AMAZON or BN.COM and read the whole book for yourself. I finished reading it in the middle of the night, and creeped myself out walking down my own hallway!
.
The contest news is … THE CONTESTS ARE BOTH CLOSED! That’s right, MISTLETOE MADNESS ended with the Winter Solstice, which was also supposed to be the day of the apocalypse, which obviously didn’t happen! I’ll draw the MISTLETOE winner’s name this week and post it in all the usual places. The RAJMUND/BETRAYED contest is also officially closed as of midnight last night. The winners of that contest will be announced on 31 December (aka New Year’s Eve.)
.
In other news, the DH and I saw two movies this week!! Amazing. First up was SKYFALL, the latest James Bond. I’m a big fan of Daniel Craig as James Bond. I also admire the work of Javier Bardem who plays the bad guy this time. But this movie was only good, not great, and it was mostly because Bardem’s character just wasn’t much of a villain. Also, they kept talking about how OLD James Bond (Daniel Craig) was, how he was too old for the game. Geez. He’s only 44! They made it sound like he was 84 and ready for the old secret agents home!! Anyway, I enjoyed it, but not all that much. We also saw JACK REACHER, which is based on the wonderful Lee Child series. There’s been a lot of discussion about Tom Cruise playing Reacher, mostly because in the books, Reacher is 6 foot, 4 inches tall, and Cruise obviously isn’t. But I’m one of those who’s been insisting that Reacher is more than his height! It’s his personality, his intensity, his don’t-give-a-damn attitude that makes him who he is. And, IMO, Cruise nailed it. I loved this movie, and so did most of the people in the (very full) theater with us.
.
And when I wasn’t watching movies (or writing books) I was reading. My review list is piling up, and I’m hoping to post some new reviews on GoodReads this week, maybe even as soon as I finish this post! 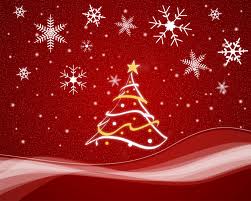 We’ll be spending Christmas Eve with my family, then back home to do the Jewish thing on Christmas Day … i.e., Chinese Food and a good movie. 🙂 Haven’t decided on the movie yet.
.
Hope all of you have a beautiful holiday with those you love, and I’ll see you next week.

2 thoughts on “A SCARY STORY FOR A WINTER’S NIGHT (and contest news, too.)”