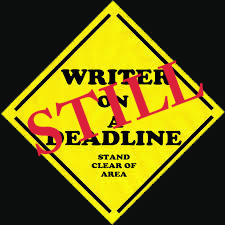 Yep, still working, but soooo close now. The DH is still not quite himself, so I’m spending more time with him. Doctors’ appointments, of course, but also watching movies when he can’t sleep, going down to the beach and enjoying the sun and scenery from with the protection of our big SUV. I love my SUV, even though I know I shouldn’t. 😉

I’ve also been getting ready for the RT Booklovers Convention— inventorying swag, ordering some shiny new items. I’ll talk more about RT as it gets closer. There’s still a lot of time and work between me and Las Vegas. 😀 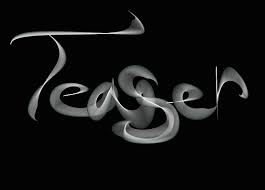 Here’s something new. An unofficial “teaser” graphic. And to kick it off, here’s an unofficial teaser from DAMIAN. This scene hasn’t been strictly edited yet, so it might vary slightly from what ends up in the book. But it captures Damian and Cassandra (aka Casey.) Enjoy.
——
Casey screamed. Not in fear, but in disgust and anger as hot blood sprayed all over her, and the hound’s head rolled to her feet. “Shit,” she hissed, but kept her eye on the remaining beast. She wasn’t going to make that mistake twice.

“Shall I kill that one for you also?” The same rumbling voice asked the question with a definite snarky edge.

“Would you?” she asked sweetly. “I’d be ever so grateful.”

The blond snorted and lifted his blade, but the second hound growled loudly and backed away. He might be without a handler, but he wasn’t without a brain, no matter how tiny. He’d seen what happened to his partner from that blade.
——
And now I’m back to the official DAMIAN. Gotta get this one finished and back to my editor before she sends out some of those hounds for me!

Have a great week. By the next time you see me, I’ll be finished with DAMIAN’s revisions, and binge-watching my favorite Winchester brothers to celebrate.