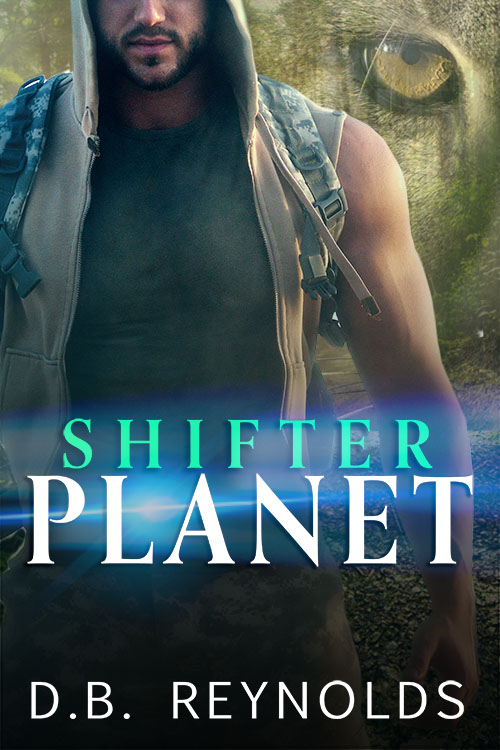 Specialist Amanda Sumner is one of the first to make contact on the Earth-like planet Harp and discovers she’s the only Earthling, who can hear the trees sing in the strange forest. Determined to remain and learn more of the planet’s secrets, Amanda sets out to become part of the elite Guild there…

But there is a secret involving some Guild members–one that could get her killed.

Shifter Rhodry de Mendoza wants the Earthlings off his planet before they destroy it—even if that means denying what he feels for the fierce and lovely Amanda. The pair is thrown together in what becomes a fight for their lives. And they might just lose everything–including each other–in their battle for the right to live in peace.

Amanda was giving him a very speculative glance, as if she’d noticed his reaction and was determined to figure out why he was so opposed to the fleet’s presence. Which was not a path he wanted her going down.

It was his cousin Aidan who jumped in to change the subject, however. “What of your Earth, Amanda? I’ve seen several old images of your planet’s great forests. Are they as spectacular now as they were then? And how do they compare to our Green?”

She turned to Aidan and shook her head, saying, “I don’t know. I’ve never been to Earth.”

Rhodry was startled enough that he stared at her. “But your fleet is—” he began.

“The fleet is Earth-based,” she finished for him. “And many of the crew, civilian and military, were born there, including my mother.” She nodded in the direction of the lovely, dark-haired woman who’d arrived with Leveque. “I’m ship-born. I’ve never spent more than a few weeks on a planet, and never on Earth.”

He didn’t know which revelation was more stunning. That she’d lived her entire life on a spaceship, or that the black-haired beauty was her mother. They looked nothing alike. He struggled for something to say.

“Beauty runs in the family, then,” Aidan said gallantly.

She blushed. “She is beautiful, isn’t she?”

Rhodry thought Amanda was far more beautiful, and definitely more intriguing, and it bothered him that she clearly didn’t think so. He had the idiotic thought that she needed defending, that he should jump in and tell her exactly what he thought of her. Until reason prevailed.

“Leveque is your father?” he asked instead, thinking that explained the differences in appearance between mother and daughter, and prevented him from making a fool of himself.

“No,” she snapped immediately, then visibly swallowed her irritation and explained. “Admiral Leveque is my mother’s escort for the evening, nothing more.”

A hot flush of color crept over her high cheekbones. She didn’t like Leveque, and yet, he was not only her superior officer, but was also, apparently, dating her mother. He had a moment’s unwanted sympathy for her, and so did something he’d never intended.

“Would you care to dance, Lieutenant?” He held out a hand, studiously ignoring the smug look on his cousin’s face.

She looked up and met his eyes, then glanced out over the dancers before shifting her attention back to him once more. “I don’t know the steps,” she said, frowning.

He couldn’t help it. He smiled at her. “I’ll teach you.” She reached out and placed her hand in his, and when she looked up at him this time, she was laughing…and every bit as lovely as her mother. A welcome warmth flooded his chest, as if he could fill his lungs again after too long holding his breath. As if everything had changed because Amanda had shared that joyful laugh with him.

4 STARS! “Shifter Planet is a multifaceted futuristic romance: it’s a space romp with planetary exploration; it’s a shape shifter story with sexy alpha males who turn into predatory cats; and it’s a tale of survival in the wilderness. All of these elements deftly work together to form one pleasant romantic package. Amanda’s struggle to make a place for herself among the Rangers Guild is compelling, and her struggle to be taken seriously feels realistic, even in such a fantastical situation. Reynolds keeps the chemistry on a slow burn, and it is great to see Amanda’s relationship with a shifter flourish.”
RT Book Reviews

“I finished this book in 2 days, neglecting all my obligations and barely managing to feed my family. Where some SFR novels swirl in a cluster of weird with a relationship in the background, Shifter Planet is the perfect balance of romance and oddity. The characters develop before your eyes and leave you feeling that you know them personally. Anticipating their next move…their next smart-ass exchange…their next foe. The author’s description of the planet Harp drops you in the thick of the beauty and dangers that live there. Cheers to D.B. Reynolds and thanks for the 2 day, entertaining binge!”
Libro Illustrato by Kyra